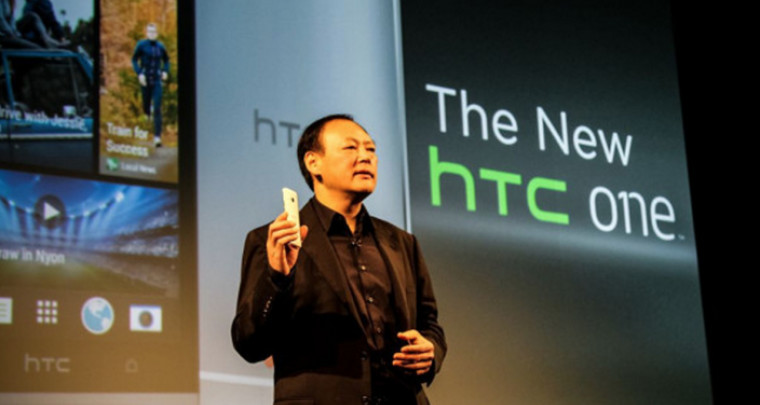 Although 64-bit iPhones already exist, the feat hasn't taken place on Android yet. More importantly, however, is that no device is packing an octa-core (yes-- that's eight independent cores) 64-bit chipset. After subtle confirmations from both HTC and Qualcomm, it seems that HTC will be the first device to be packing such a chipset.

The details are very limited, but based on images posted to HTC's Weibo account it appears that a more formal announcement will be taking place on September 4th, or just a little above a week from now. This date means it will be happening at HTC's IFA event. The chipset that is expected to be included in the HTC Desire 820 is the Snapdragon 615, which Qualcomm quietly announced today. 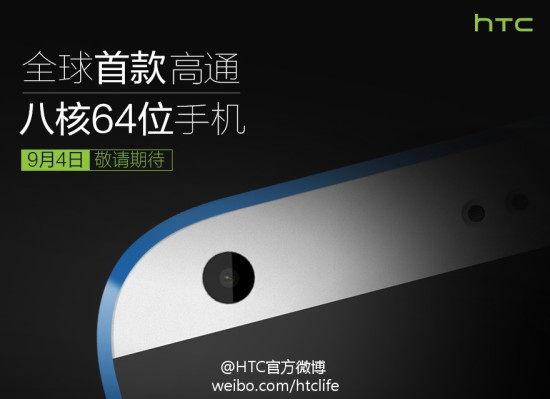 This isn't the first time HTC will be earning a "world's first" title-- HTC has historically been the first retail device to carry the Android OS, and was even the first smartphone with a 1080p display. Although HTC's sales have slumped in recent times, the company still holds its rightful place in smartphone history, and it appears that it will be adding another stripe to its collection on September 4th.