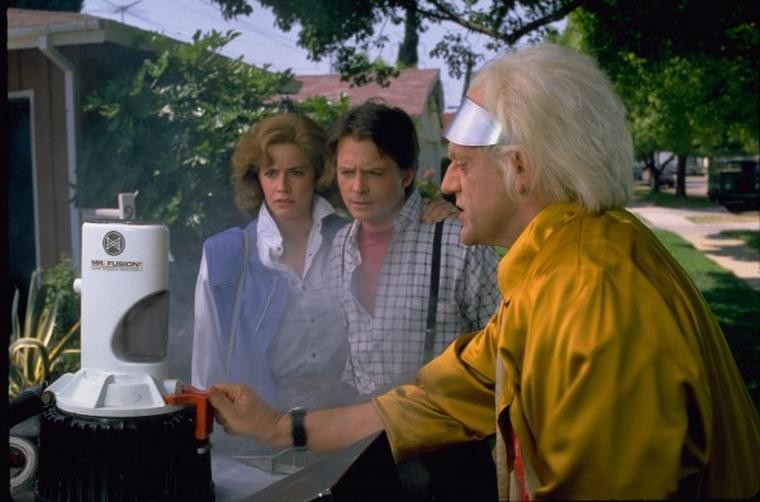 British Airways is taking a page from Doc Brown's trip to the future and the Mr. Fusion device by partnering with renewable fuels company Velocys to turn landfill trash into jet fuel for its fleet.

The proposed plants are designed to take hundreds of tons of common household trash and turn it into sustainable fuels, including jet juice. British Airways has made a commitment to drop its emissions by 50% before 2050, and thinks this partnership is a step in the right direction.

The company said in its press release that the first plant "will produce enough fuel to power all British Airways’ 787 Dreamliner operated flights from London to San Jose, California and New Orleans, Louisiana for a whole year." The airline plans to increase its dependence on renewable and sustainable fuel over the next decade.

Willie Walsh, CEO of the International Airlines Group that includes British Airways, said the company is preparing for the future by protecting the environment.

“Turning household waste into jet fuel is an amazing innovation that produces clean fuel while reducing landfill," he said. “From developing innovative operating techniques, to investing in the most modern and efficient aircraft, we have a strong track record in researching, identifying and implementing ways to reduce emissions. This partnership continues this tradition.”

Other airlines have been working on their own solutions as well. Air Canada has backed an effort to start using more "green" fuel in its jets. Alaska Airlines made a flight from Seattle to Washington, DC, using fuel made from recycled tree bark. United Airlines has also been pushing the use of biofuel in its planes as well.