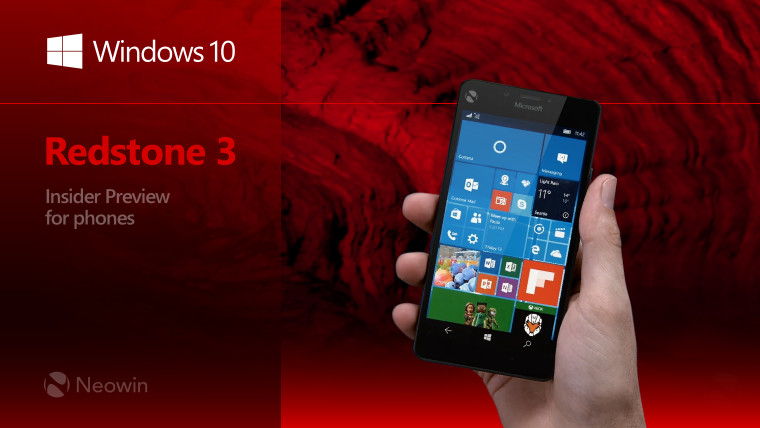 But 16212 is from an entirely different branch. While it seems clear that this build wasn't released on purpose (after all, a feature2 build was teased), it should give us some insight into what's being developed on the Mobile side of the Redstone 3 Development Branch.

If you're on the Fast ring and you want this build, you should probably install it now, because it seems likely that Microsoft will be pulling this build at any moment. Note that if you do choose to install it, you're doing so at your own risk. We don't exactly know what happens after updating to 16212, and Microsoft hasn't said anything yet.

Update: According to @tfwboredom, the new build is not just rolling out to the Fast ring, but also Slow and Release Preview.

If this wasn't enough, these mistake-pushed internal builds are in all rings, Fast, Slow and Release Preview.
What have you done MS.

Update: This build is also rolling out to phones on the Production ring. Also, it's strongly recommended that no one install this build, no matter which ring you're in. Many users are finding that their devices are in a boot loop.

#WindowsInsiders: pls do not install any builds being offered til you hear from us with a blog post. If you have installed, reset with WDRT.

Apparently, 16212 rolled out to some desktop PCs as well. If you're among that group, it's recommended that you don't install that either.