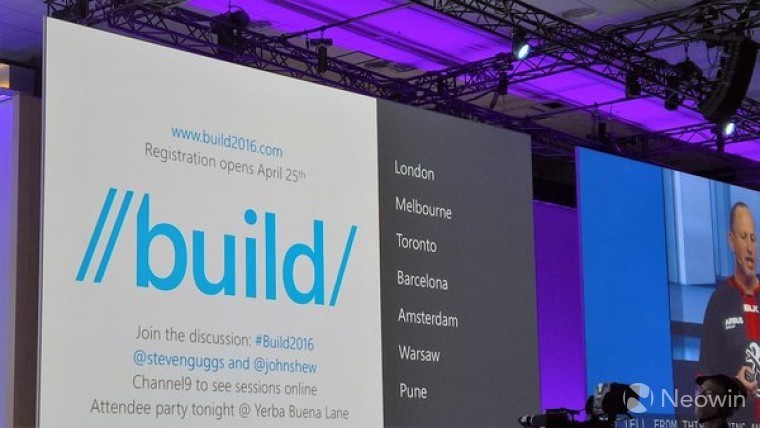 We are in the second day of the Build 2016 conference in San Francisco, and developers who couldn't make it to the main event can still catch up on Microsoft's efforts by attending events in nine cities across the world.

Just like last year, Microsoft will be taking the conference on the road globally and will organize hands-on coding workshops and coaching, "The Best of BUILD" keynotes, demos, and also allow developers to showcase their projects and ideas or discuss their doubts with experts. The events will be held in the following cities:

For those interested in attending, the registrations will be open on April 25th through the Build 2016 website. Microsoft is already allowing users to show interest in the free event and will be keeping them posted through email about the schedule in their respective city.