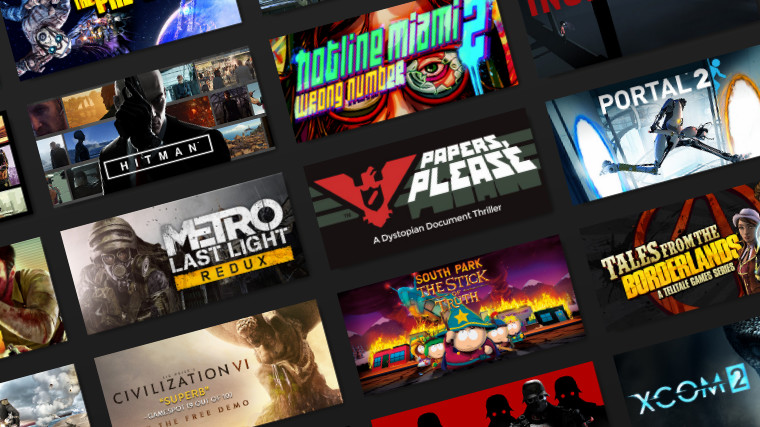 With the holiday season in full swing, a lot of people are utilizing their savings to purchase products that they have been eyeing for quite some time. For many gamers, this means spending money on titles that are now available at discounted prices.

But what is there to do when there are an overwhelming number of games to choose from? How do you prioritize which title is worth buying right now, and which ones you should skip for the time being? In this piece, we will take a look at some of the major factors you should consider when purchasing a game. It's important to remember that the factors listed below are not in order of importance, and should not be taken as gospel. Some might be more important for you, while others may not matter at all. With that said, let's begin!

Price is something that's usually at the top of most people's list when they are looking to purchase a game, especially at the time of holiday sales. Most retailers at this time are hosting discounts on select titles and it's always worthwhile scouring the internet to see which store offers the best deal.

Sometimes, this debate can also extend to whether you want to buy a game via physical or digital mediums. If you purchase games as discs, it's better to keep an eye on the sales hosted by your local brick-and-mortar store as well as their respective websites.

On the other hand, if you generally purchase digital titles from first-party stores, it's recommended that you keep your eye on price tracking websites such as SteamDB, PlayStation Games Price Tracker, and Xbox Games Price Tracker, depending upon the platform you game on. This is especially helpful because if you notice that a title you want usually drops to its lowest price in the first quarter of the year, perhaps its better to wait rather than pulling the trigger right now to get the best bang for your buck. Digital storefronts apart from first-party ones, like Humble Bundle and GOG, also tend to offer great deals, but if you opt for them, it's better to check their credibility before you decide to spend your hard-earned cash.

As a side note, if you're a PC gamer, we highly recommend checking our weekly PC games deals articles too where we track the best deals from all over the internet.

This is an interesting factor to consider especially in the age of microtransaction-heavy gaming. While a game may be made by a very capable developer, things can go awry pretty quickly if its publisher is notorious for negative tactics such as inclusion of microtransactions and loot-boxes.

It's very annoying to buy a game at a premium and then realize that you will have to pay even more to unlock content hidden behind paywalls or to remove advertisements to fully enjoy it. Simply stated, if a publisher is known for pulling off tactics like these, it's always worthwhile to wait some time after a game's release and check critic and public feedback to see whether this is a problematic factor for you. While some authorities have demanded inclusion of labels to caution users about content locked behind paywalls, the system isn't quite perfect yet unfortunately.

This factor does not only apply to the business model followed by the publisher, but also their general track record. If a publisher or developer is infamous for releasing broken games that they never fix, it's advisable to stay clear of their titles for some time and wait for feedback to start pouring in on forums.

It's unrealistic to expect a game to be perfect upon release. Virtually all games release with some bugs - usually minor - that the developer fixes in future updates. However, sometimes titles are abandoned pretty quickly following their release. This usually happens due to internal problems such as a small development team, the game not being as well-received as expected, or a myriad of other possible reasons.

In situations like these, it makes no sense to buy a broken game which will probably never be fixed. Some storefronts like Steam feature a section called "update history" where you can view the update cadence and release notes for a game, but generally speaking, useful sections like these are typically lacking across the gaming industry. If your storefront does not offer this capability, it's advisable to browse the web to see if any website is tracking the game's updates.

To avoid situations like these, it's highly recommended that you check the genre of a game before buying it. Some people tend to gravitate towards narrative-heavy RPGs while others prefer MMORPGs - and there are a lot of genres between these two extremes to explore.

Most storefronts feature "genre" sections where you can see what a game is categorized as to make it easier for you to decide whether you'll potentially like the title or not. Other factors like the duration of the game and its replay value are related to this factor as well.

Reviews, regardless of whether they come from critics or the general public, are very subjective. Some reviewers may give glowing reviews to one game while the general public may not like it at all, and neither would be wrong because at the end of the day, one shoe does not fit all.

As such, it is advisable to check feedback following a game's release as long as it's spoiler-free to find out whether the game is worth spending time on or not. Watching a couple of gameplay videos on YouTube doesn't hurt either as long as you skim through it to avoid spoilers.

Websites such as Metacritic aggregate reviews from critics as well as users to score a game, and most storefronts host user reviews as well. While it's recommended to check reviews, it's important to view them only as indicators rather than definitive proof that a game is what the reviews claim it to be. Of course, if a title has been universally panned by reviewers and the public alike, you should probably skip that game, but if the reviews are split, it's probably worth exploring more to understand whether you should invest time and money into the game.

If you game on consoles, this section probably isn't that important to you. Similarly, if you own a PC that's top of the line, you should probably skip this section as well. However, people with middle-end rigs or those gaming on a budget definitely need to keep an eye out on the technical requirements of a title.

Most storefronts for PC games offer a "requirements" section which highlight the technical specifications of the game which allow you to view what are the minimum and recommended requirements for that title, and is a decent indicator of whether you should spend your money right now or save up for a better rig. Some websites also offer metrics for games such as what kind of FPS you'll be getting on different settings on various specifications.

If you are gaming on a budget, we recommend that you check out our PC Build Guide, which describes how to build a gaming rig for ~$1,000 and get the best bang for your buck.

This is a very important factor to consider when you either play games in a public area like the family lounge or when you are gifting a game to a younger player. Depending upon your family dynamics, it can get very awkward to play games featuring gratuitous violence, nudity, and strong language in the TV lounge.

In fact, some gamers themselves do not appreciate strong content in games, so it is definitely advisable to check age ratings before you buy a game if this is a matter of concern for you. Authorities such as the Entertainment Software Rating Board (ESRB) issue official age ratings for games, and in case you're not comfortable with adult themes or are gifting a game to someone younger, it is recommended that you check out their website before buying one.

If you game on a single platform, this article ends for you right here. But if you have access to multiple platforms like PC, Nintendo Switch, PlayStation, and Xbox, it is important to understand that one platform could be superior to the other in terms of content, exclusivity, or performance.

While this is not universally true, a general rule of thumb is that a multi-platform game will likely be better in performance and graphical fidelity on a PC. Similarly, if you prefer that versatility offered by PC peripherals, it is advisable to buy multi-platform games on PC rather than consoles.

Although, when it comes to platform-exclusive games, this is a different story altogether. If you would like to play exclusive games as soon as they arrive, the debate of what platform to get them on becomes moot. Of course, the lines between console and PC exclusives are becoming blurred, if you can't wait for a game to go multi-platform or there is no such indication from the developer, it's obviously better to get the title on the platform its available on.