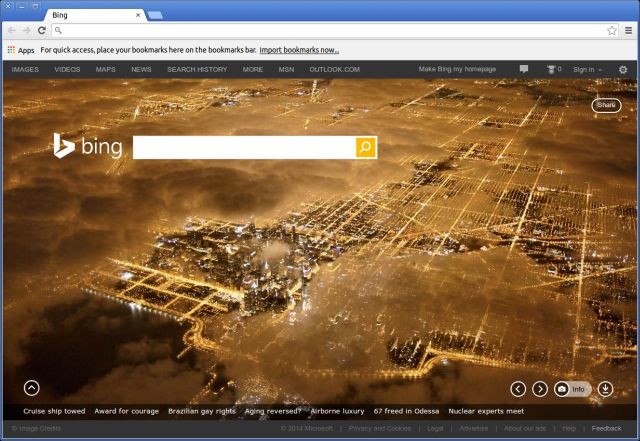 Most people who use Chrome are used to the fact that when they generate a new tab, they can see the Google front page with a grid of the most frequently visited websites. Now there's word that Google has made a slight concession to Microsoft's Bing service when it is set as the default search service in a version of Chrome.

Google employee Francois Beaufort has revealed the Canary pre-release build of Chrome can now display the full Bing.com front page, complete with its daily photo and trending news events, on the browser's new tab page when set as the default for search.

There's no word as to why Google has made this change, but it's certainly an interesting development, considering that both it and Microsoft have been battling over whether IE or Chrome is the number one most used web browser. Microsoft uses Net Application's numbers, which are based on unique visitors, to show IE in the top spot. StatCounter, which uses page views, shows Chrome to be number one.

Keep in mind this change is for the Canary build of Chrome and not the officially supported version of the browser. However, it's likely that the Bing.com tab feature will find its way to the stable version of Chrome at some point.