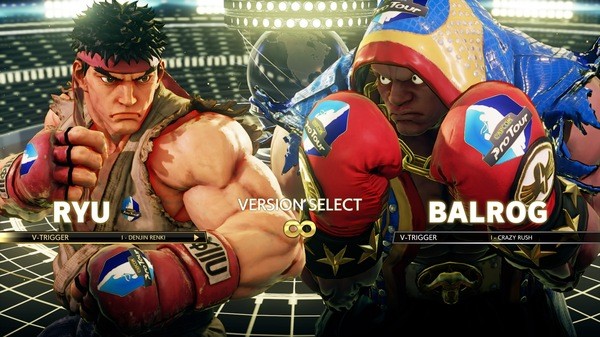 Capcom is once again poking the bear, as it announced today that it will include sponsored content in Street Fighter V: Arcade Edition. The move will most likely be met with some blowback from fans of the game but there is good news, in that sponsored content is an option and can be turned off. But if you choose to partake, you can be rewarded.

The announcement has come a week before the start of Capcom Cup 2018, which will be held in Las Vegas from December 14 through the 16. The sponsored content will arrive to Street Fighter V: Arcade Edition starting on December 11 and will advertise in-game content like costumes, bundles, and more. If you have the content enabled, you will see ads on your character's clothing, during loading screens, and in the background of stages.

Luckily, if you don't want to see the sponsored content, you will have the option to turn it off. If you choose to leave it on, you will be rewarded with 'Fight Money' during Ranked and Casual matches. Capcom states that there is an upper limit but have not stated what that value is.

If you have never played Street Fighter V: Arcade Edition, there is some good new as a free trial of the game is set to take place starting on December 11 at 1pm PT. From this point, you will have roughly a week to play the game, with the trial ending on December 19 at 9:59pm PT. The trial can be downloaded on PlayStation 4 and Stream on PC.