Image Upload has been retired, but Mobile Deposit is still up & at 'em - just sign in and tap your acct, followed by 'Deposit' ^JG

There's no question that the sales of desktops in the world has been in a steady decline for years as users flock to mobile for their day-to-day tasks. In fact, it's predicted that 75% of Internet use will be conducted on mobile devices this year, and that the percentage will only continue to increase. However security concerns on mobile devices is also increasing, but people spend less time worrying about protecting their smartphones and tablets. Indeed, the industry has seen that many smartphones have come preloaded with malware. 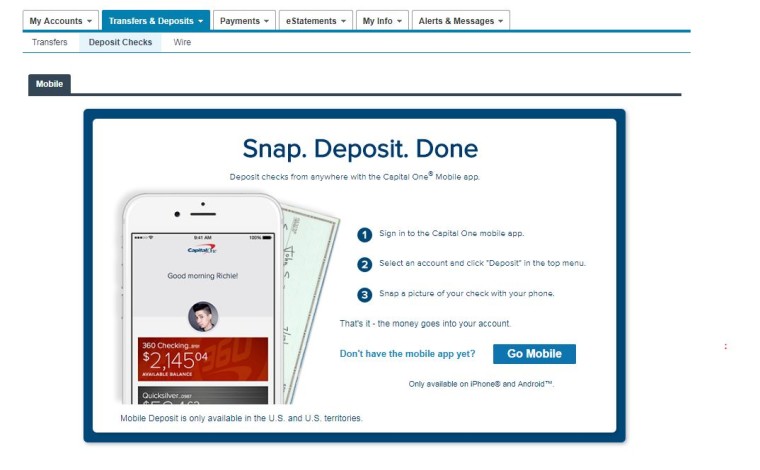 The security concerns are why it was surprising to see that Capital One quietly removed the ability to deposit checks through their website, and instead are forcing users to install their mobile app. Logging into the website and trying to deposit a check now shows a banner that pushes users to the mobile app instead of the normal form. The change was silently implemented without notifying customers, and the bank's own website help pages still list Image Upload as the way to deposit checks on a desktop.

The company has also suffered many outages in recent weeks, leaving customers unable to access their accounts. It's unclear what the source of the outages are, but the company has confirmed via Twitter that the deprecation of Image Upload is unrelated to the disruptions of service.