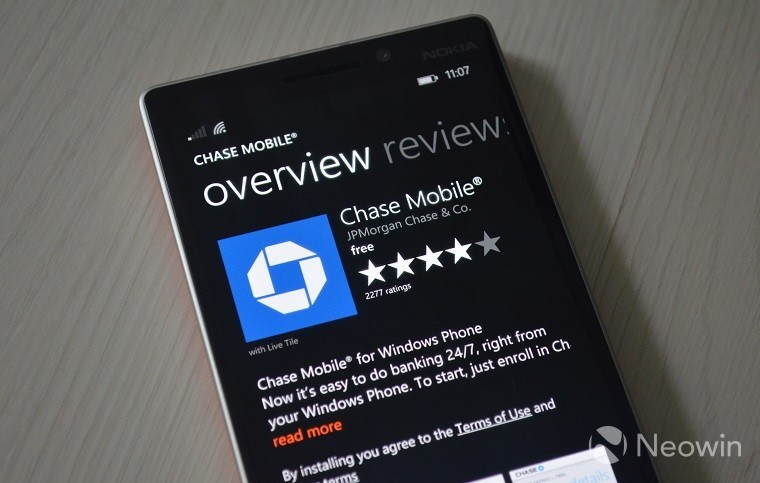 Chase bank is dropping support for Windows Phone and Microsoft’s platform due to lack of users. The bank’s mobile app will soon stop being available in the Store.

In what must surely be a disconcerting move for Windows Phone fans, Chase Bank has announced that their app will no longer be available in the Windows Phone Store after January 26th and that all support for Microsoft’s platform will be dropped in March.

Chase is blaming the lack of customers on the platform and the fact that they need to invest their resources into other platforms – read Android and iOS – which many more people use. What’s even more unfortunate is that Chase had a well-designed app for Windows Phone with numerous features and an overall rating of 4 stars.

This isn’t the first time a company dropped support for Windows Phone due to lack of customers, and the way things are going it likely won’t be the last time either. Here’s hoping Microsoft has something very exciting to show us later on today.