Microsoft is hoping that it can shift a few of its first-generation Surface tablets this weekend, with a Memorial Day promotion that has seen the price of the 64GB model drop to just $249. The original Surface is over a year and a half old now, but with Office Home & Student 2013 bundled, it may still appeal to some as a second device, or even one for the kids.

But if you’ve been coveting the latest and greatest addition to the Surface range – the Pro 3, which Microsoft unveiled just a few days ago – we have some news that may be of interest to you. CNET reports that demo units of the Pro 3 will be available in Microsoft Stores on June 6, a full two weeks before the first retail units are shipped out to those early adopters that have already placed an order. 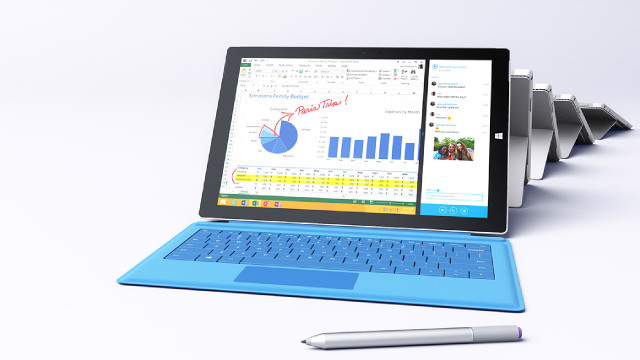 As a premium tablet, the Surface Pro 3 commands a premium price tag – from $799 to as much as $1949, depending on the configuration. If you’re considering spending that kind of money on a newly launched device, it’s probably not a bad idea to see it in the flesh first.

Only the 128GB model with a Core i5 processor will be available initially, launching in the US on June 20; if you’re hoping to buy a Pro 3 with a different configuration, you’ll have to wait until late August for it to arrive, although you can pre-order any of the variants right now.

Neowin’s Brad Sams has been putting the Surface Pro 3 through its paces over the last few days – you can check out some of his impressions, along with our other coverage on the 12-inch tablet, right here.