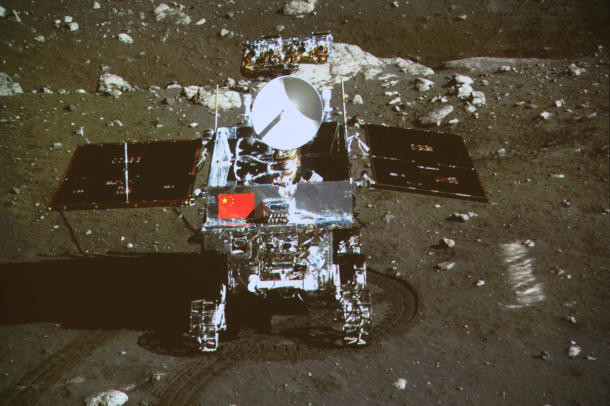 It has been just over a month since China launched their 'Jade Rabbit' rover, to collect data from our moon, but already, it seems to have taken its last step - a mechanical abnormality has virtually killed the machine and put the mission in jeopardy.

The Wall Street Journal reports that China's first ever machine of this type will break a record of the shortest operational time of a Moon or Mars rover, failing even sooner than America's Sojourner rover that spent just under three months navigating mars before succumbing to the environment and its complicated electronics. This was back in 1997, however, so we would assume that technology has progressed enough to beat this infamous record by now.

China launched Jade Rabbit (or 'Yutu') early in December last year, and marked the first soft moon landing since 1976. It aimed to study geology, such as material composition, resources, and the topography of the surface. Sadly, many of these are left incomplete.

The voyage had already been far from perfect as the craft landed 40km south of its intended site, and has been in hibernation for extended periods of time due to lack of solar power.. Whether or not these issues contributed to today's failure, it is yet to be made clear. This was a pivotal moment for China's space efforts, and signified its rapid industrialisation over the past 10-20 years, yet setbacks like these put doubt on the nation's superpower status.

Engineers are working to restore the rover as soon as possible, although there is no guarantee that it will ever be resurrected.