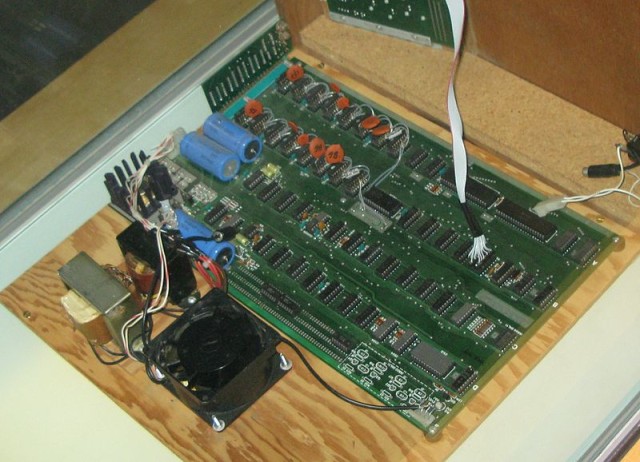 The innards of an Apple I

For antique computer collectors, the Apple I machine is one of many that appeal greatly, and command a relatively high price at auctions. That said, the latest auction of Apple's original production PC has yielded the highest selling price of all time, coming in at €491,868 (~US$630,000) thanks to an anonymous internet bidder who was willing to pay such a price.

It was expected that this particular Apple I, in perfect working condition with some parts signed by Steve Wozniak, would sell for between €120,000 and €200,000; however it appears a particularly eager bidder was willing to spend more than double that. Apple I computers are apparently not that rare or hard to find for computer collectors, making the mammoth selling price particularly surprising. The previous record for an Apple I sale stood at $374,500.

Apple, a new company at the time and founded by Steve Jobs and Steve Wozniak, sold around 200 Apple I units, with each unit being hand-built by Wozniak and featured a fabulous 1 MHz processor. The original price of the Apple I was US$666.66, which equates to around $2,710 in 2012 dollars adjusted for inflation - a price which nowadays can buy you a high-end gaming machine.