Ever since the original Windows 11,version 21H2, was released last year, we have been following the performance of Microsoft's new OS and how it compares against its rival Linux. While Windows held the advantage initially, Linux gradually caught up and now generally seems to outperform Windows 11. You can follow the saga in its entirety here.

In the latest round of testing by Phoronix which involved the new Windows 11 2022 feature update or version 22H2, Linux once again came out on top. While not by a large margin, Ubuntu 22.10 on Linux kernel version 6.0 is triumphant as it was ahead of Windows 11 in the geometric mean (GeoMean). Meanwhile, another configuration was also measured using the buffed up "perf" mode. This optimized state was able to beat Windows 11 22H2 by a very signifcant margin. The tested system was built on AMD's new Ryzen 9 7950X, the flagship desktop Zen 4 SKU.

Hot on the heels of the previous results, Phoronix took the 7950X on another test run, this time pitting Windows 11 22H2 against Intel's Clear Linux release version 37420. Clear Linux is a lightweight distro and as expected, it manages to extend the lead Linux already had. In fact, Clear Linux even managed to trounce the enhanced "perf" mode as well.

Here is the GeoMean of the 111 total test results: 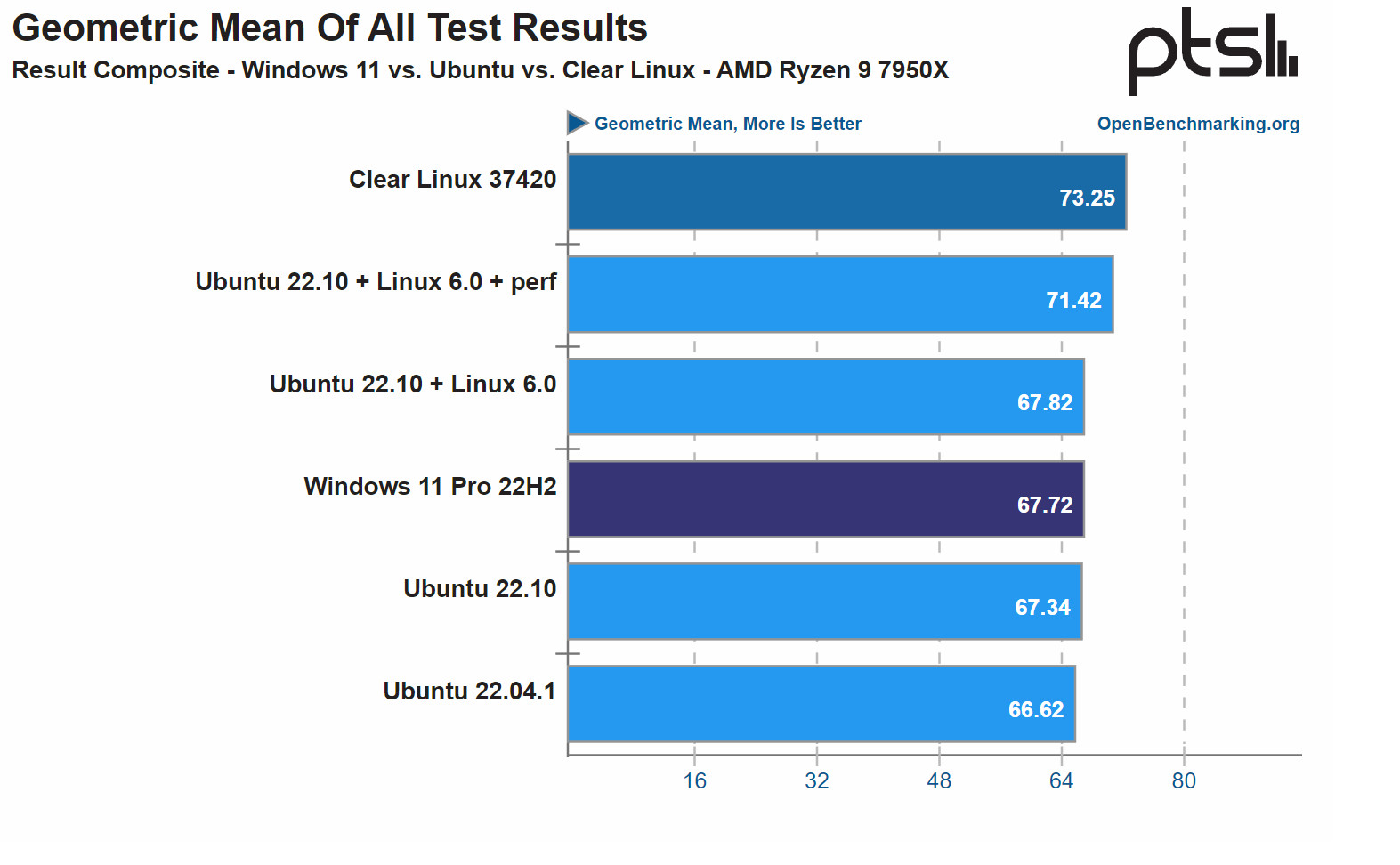 You can find more details on Phoronix's wesbite here.