It looks like a new TV startup wants to fill the void left by Aereo’s legal demise. CloudAntenna wants to bring free over-the-air TV broadcasts to wherever you are, on your phone, tablet or computer.

Aereo’s original idea was to marry over-the-air live broadcasts with the portability of mobile devices and PCs, extending the reach of free TV outside the home. Aereo housed thousands of tiny individual antennas and rented each of them to a subscriber. Unfortunately, the United States Supreme Court ultimately sided with content owners, putting the company out of business.

Now, CloudAntenna is promising a home TV antenna that mediates the signal to a user’s network and an internet cloud service. The user can watch live or recorded television with an app, either at home or on-the-go when the app connects to an online service. CloudAntenna claims it will offer the hardware and cloud storage service worldwide. 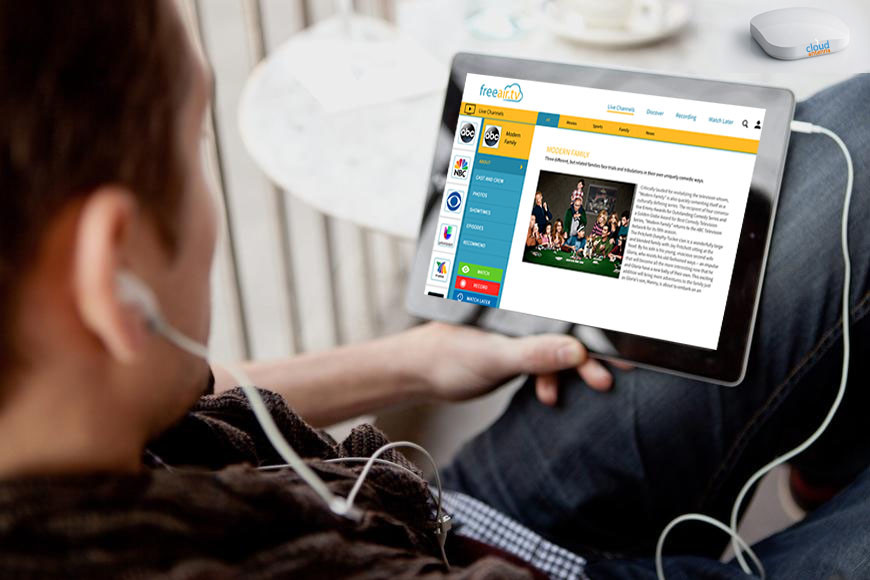 There are lots of features and costs listed in the confusing and voluminous Indiegogo campaign page. Assuming it eventually launches, CloudAntenna will waive one year of monthly fees for backers. After that, the company intends to charge a fee just as Aereo did, though you wouldn’t know exactly how much by reading the page; the company suggests the fee will be $20 per month, despite its own website that states the service will cost $2 per month.

CloudAntenna may soon have direct competition. After Aereo went bankrupt, TiVo scooped up some of their key assets including its customer lists, according to Multichannel. It remains unclear how TiVo would design a system that would enable free television content to be accessed remotely, though an all-streaming solution is a possibility with permission from content owners.

In addition to direct competitors, CloudAntenna will have to contend with Hulu, which offers a $7.99 monthly plan for U.S. customers and a new ad-free plan as well. Hulu streams content from most free broadcast networks including NBC, ABC and FOX, while also providing shows from cable and premium networks. Of course, Hulu doesn’t broadcast local news or live events like sports, something CloudAntenna would presumably do.