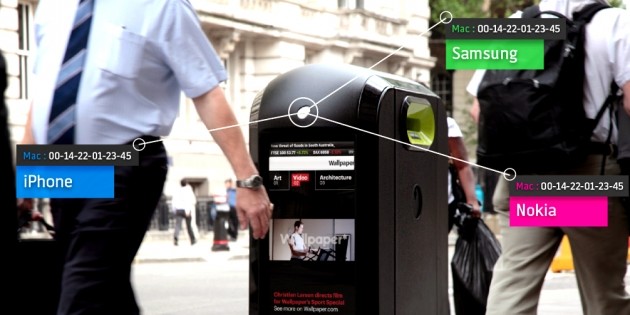 Londoners can stop worrying about a "privacy invading" bin, after Renew announced it will cease operations.

An advertising firm that used high-tech “smart bins” which could track smartphones, has been forced to stop harvesting information after pressure from officials and the public.

“Smart” bins, which were installed throughout the City of London - the city's main financial district - were able to track pedestrian’s smartphones information. It is believed the information acquired could possibly screen appropriate advertisements to passers-by.

However, London based company Renew decided to pull the plug on the campaign after the City of London Corporation demanded it should cease operations as it could potentially “attack people’s privacy”. This decision also comes after mounting pressure and concerns from the general public.

Renew CEO Keveh Memari said in a statement that it "no longer conducts the tests". He adds Londoners will be better informed on future projects.

Future developments will, however, not just depend on technology, but also, most importantly, on people being comfortable with interactive technology. This has always and continues to be Renew’s key concern. We wish to provide a functioning domestic service for the City of London and its inhabitants.

Renew’s announcement comes as a relief to the public and authorities alike, as Nick Pebbles from Big Brother Watch states: “I am pleased the City of London has called a halt to this scheme but questions need to be asked about how such a blatant attack on people’s privacy was able to occur in the first place.”

In the meanwhile, it seems Londoners can stop worrying about a "privacy invading bin". That is, until another company comes up with another quirky idea.