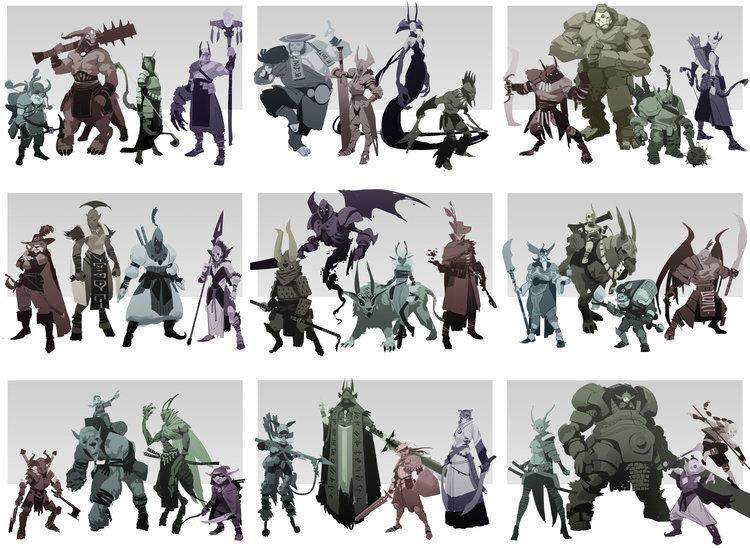 An ex-Valve artist has put forth concept art from an unannounced project that the studio may have been working on at some point. The artist in question is Drew Wolf, who was a full-time employee of Valve for almost a decade, and among other projects, contributed to Dota 2's visual style.

The concept art emerged as an update to Drew's art portfolio on his website. Simply named, 'Untitled Fantasy Game', the concept art is split into two sections. One depicts characters that would have appeared in this game, with the second portraying creatures.

The text accompanying the artworks states that they were for an "internal R&D project", with the project being a story-driven "fantasy adventure game centered around cooperative combat." The page goes on to say the following:

The goal was to present as many groups of four adventures as possible in order to establish a diverse cast of archetypal characters. After discussion and feedback the group was paired down to ten characters. They would become the projects main characters.

Each sketch represents a slice of the world each character came from as well as a hint at who they are and what they do. This collateral art helped convey the direction quickly and facilitate creative discussion for each character. 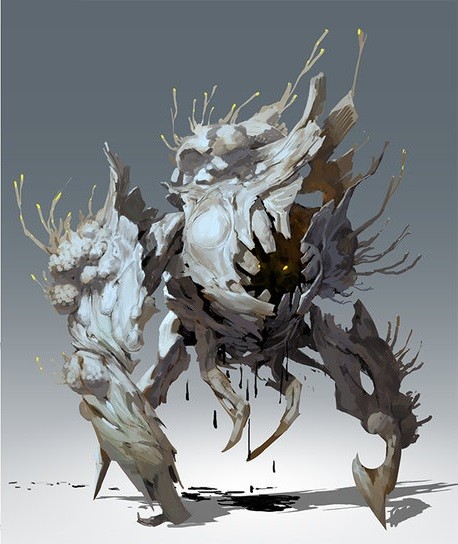 Considering Drew's release of these artworks and judging by his use of past-tense wording, it seems like the project will probably never see the light of day. It's also unclear on when was this project being considered, as some of the artwork is highly reminiscent of Dota 2 characters, meaning either the project's artworks were reused for Dota 2's development years ago, or Drew was simply drawing inspiration from the MOBA game as he also worked on it.

In the end, we don't know if this project even went past the concept phase, and with Valve hemorrhaging writers, the chance of another story-driven game coming out the studio is looking bleak.

That is not to say that Valve has completely stopped developing new games, with the studio announcing 'Artifact: The Dota Card Game' recently, along with reports of the studio working on three VR games. The company even has the development team behind Kerbal Space Program working on an unannounced project.