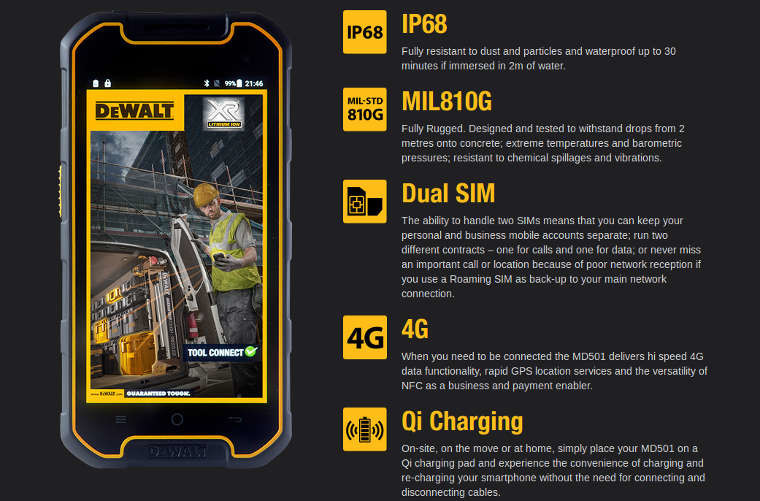 DeWalt, a maker of power tools and hand tools for the construction industry, has entered the "tough phone" market with a £379 ($544) Android device, called the DeWalt MD501. Although the phone is marketed for workers in the construction industry who are most likely to need a rugged phone, anyone can buy one and it may be a good choice for those who regularly drop their phones on the floor.

Although most people drop their phone from about one metre off the ground, the new DeWalt device can withstand an impact from two metres, onto concrete. In addition to that, the device will operate in temperatures ranging from -20C to 60C.

The device is also waterproof for 30 minutes in water as deep as two metres and it is also resistant to dust and particles. The device can also connect to GPS, AGPS, GLONASS, and BeiDou satellites ensuring you won't get lost anytime soon.