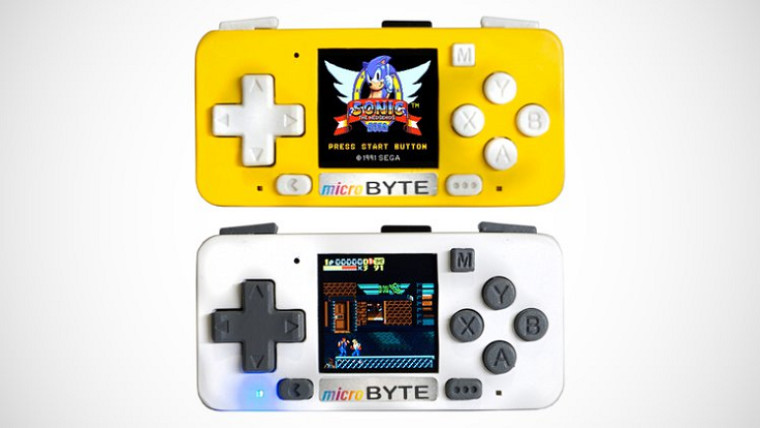 Byte-Mix Labs, a small Spanish tech firm, has launched a crowdfunding drive via Crowd Supply. The campaign is for an upcoming project where it is designing a retro-gaming handheld called microByte and aims to reach an investment of $3,750 within the next 38 days.

According to the firm, upon completion, the handheld should be able to play most of your favorite retro classics based on NES, GameBoy, GameBoy Color, Game Gear, and Sega Master System, with ongoing work on Atari and ScummVM. It will be fully open-source and will be powered by an ESP32 Wrover E SoC promising full compatibility with Arduino IDE. The addition of MicroPython library support is also in the pipeline for mircoByte.

All this should make it ideal for tweakers and tinkerers as well. Apps you design can be loaded into a MicroSD card and run on the device without the need for re-flashing, similar to Plug-and-Play.

MicroByte - as the name suggests - will not be too big measuring 78mm long, 40mm wide, and 17cm high. It packs a 60Hz 1.3" IPS display with a resolution of 240-by-240 and features a UI based on the LVGL library. The handheld has a SNES gamepad layout and will come in four colors, namely white (the Eco edition), blue, yellow, and translucent. The console will have six-hour battery life.

If you're interested to check out and/or back the project, you can do so by visiting the main project page here.