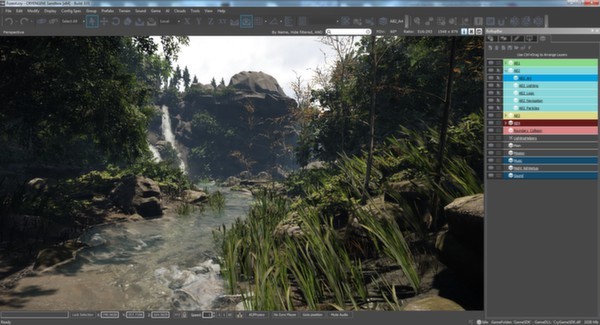 In March, game developer and engine maker Crytek announced it would offer the full version of its CryEngine development tools to anyone for a monthly subscription fee. Today, the company finally launched that plan, letting people download CryEngine via Valve's Steam service for the price of $9.90 a month.

Crytek states in its press release that the tools found in this release include the renderer behind its Xbox One launch title Ryse: Son of Rome,  along with its C++ and LUA API interfaces, demo levels and content that can be used to make many different kinds of games. There's also a bunch of tutorials and documentation included in this service.

Crytek is not charging additional royalties fees for the use of CryEngine, unlike Epic Games, which does take 5 percent of the royalties made by games that use Unreal Engine 4,  via the monthly price plan. However, the monthly CryEngine service is currently just for making games for the Windows PC platform (Linux support is supposed to be coming soon). Unreal Engine 4 can be used to make Windows, Mac, Linux, SteamOS, iOS , Android, PS4 and Xbox One games under its subscription program.