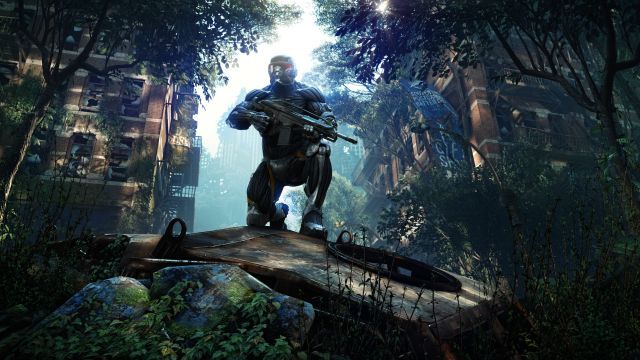 It's official; developer Crytek is returning once again to the Nanosuit powered Crysis game franchise. The developer is teaming up with publisher Electronic Arts once again to bring us Crysis 3. The game is still a ways off; EA said it will come out sometime in the spring of 2013 for the Xbox 360, PS3 and PC platforms.

The game finds our hero returning to New York City, which was the setting for the last game in the series Crysis 2. However, the city has been encased in some kind of dome created by the Cell Corporation. EA says that inside this dome, New York has become a "veritable urban rainforest teeming with overgrown trees, dense swamplands and raging rivers."

Naturally, your player character Prophet has to battle more aliens inside this domed city while also trying to find out what the Cell Corporation is up to. The Nanosuit is supposed to have some new abilities to play with along with some new weapons like a composite bow.

Even though the game is about a year away from being released, pre-orders for Crysis 3 are already being taken. If you get the game early you can also unlock the Hunters Edition, which provided an early multiplayer unlock for the signature bow along with other extras,