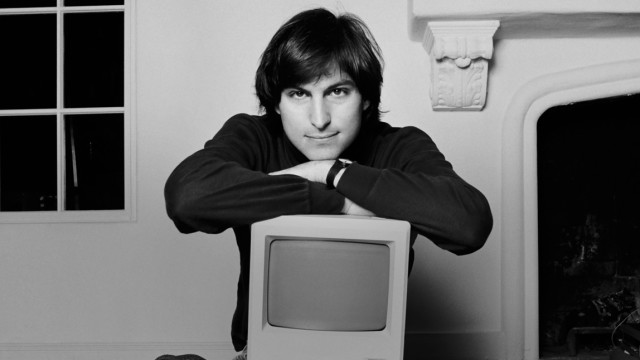 The duo behind "The Social Network" may soon team up again for a long-simmering biopic about Apple founder Steve Jobs, according to a new report.

Variety reports that David Fincher, the director of "The Social Network," is in talks to direct the Steve Jobs film based on a script by Aaron Sorkin, who also authored the Facebook-focused film. The movie, which is based on Walter Isaacson's biography "Steve Jobs," is set up at Sony, the same studio that the duo worked with for their previous film.

In a 2012 interview with The Daily Beast, Sorkin said the film will follow three backstage scenes that will take place in real time – backstage before the launches of the original Mac, the NeXT computer and the iPod. It's possible the script could have changed since the interview was conducted, however, as it was just finished last year.

Isaacson's biography was based on dozens of interviews with Jobs himself, many of which saw Apple's former CEO take shots at competitors, including Microsoft co-founder Bill Gates. Many of Jobs' friends, colleagues and family also conducted interviews for the book.

The Sony film will follow "Jobs," a biopic about the Apple founder that starred Ashton Kutcher in the title role. That film received a relatively negative response, garnering just $35 million at the worldwide box office alongside a poor 27 percent aggregate rating on Rotten Tomatoes. The commercial response was likely enough to recoup the movie's $12 budget and undisclosed marketing costs, though it bombed domestically with a poor debut, earning just $6.7 million in its opening weekend.