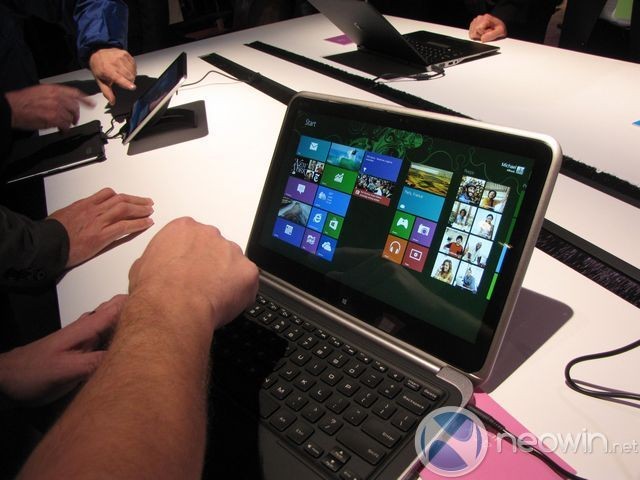 We have been getting mixed signals about sales of Windows 8 PCs, but the head of one of the world's biggest PC makers claims that Microsoft's latest OS is doing pretty well.

Michael Dell, the founder and CEO of Dell, spoke today as part of the company's annual Dell World conference in Austin, Texas. Bloomberg reports that, according to Dell, "The interest in Windows 8 is quite high, even among commercial customers ...". Dell has released a number of PCs, laptops and convertibles that were made specifically for Windows 8, such as the XPS 12 notebook, shown above. However, Dell did not give any specifics on its own Windows 8 PC sales.

As far as the overall PC market, which has seen better days, Dell seems confident that the industry will stay strong, saying, "PCs are still how business gets done." In an interview earlier today on the CNBC cable TV channel, Dell also predicted that Windows 8 would keep growing in the months to come. He stated: "With Windows 8 we are quite excited about the future of the PC. There are billion and a half PCs out there, and we believe there’s an upgrade cycle coming.”

Microsoft has already said that the pace of Windows 8 PC upgrades are outdoing that set for Windows 7 so far, but has given no specific upgrade sales numbers.