Giga.de has obtained leaked screenshots purporting to show the upcoming Dell Venue 8 Pro 5000. The images appear to show a successor to the popular Venue 8 Pro tablet, with Windows 10 and upgraded specs across the board.

Dell first launched the Venue 8 Pro in November 2013. Dell added a second generation of the 8-inch tablet, the 3000 and 5000 models, a year later. If the leaked information is to be believed, it looks like a successor is on the way. 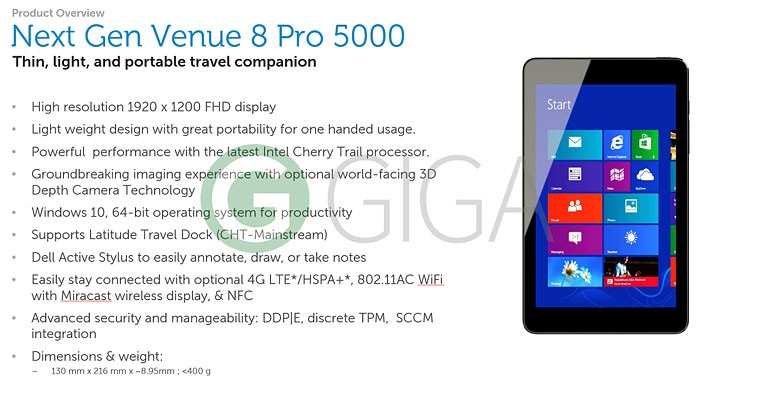 The obtained spec sheet shows a tablet that will be powered by an IntelAtom x5-Z8500 processor with up to 4GB of RAM, a 1920x1200 FHD display, USB type-C and offer Miracast capability. For those that require more, it looks as though Dell may offer a tablet with cellular radios, NFC, a Wacom-enabled pen, and a 3D camera for use with Windows Hello login. As with previous Venue 8 Pro models, official accessories should be available. 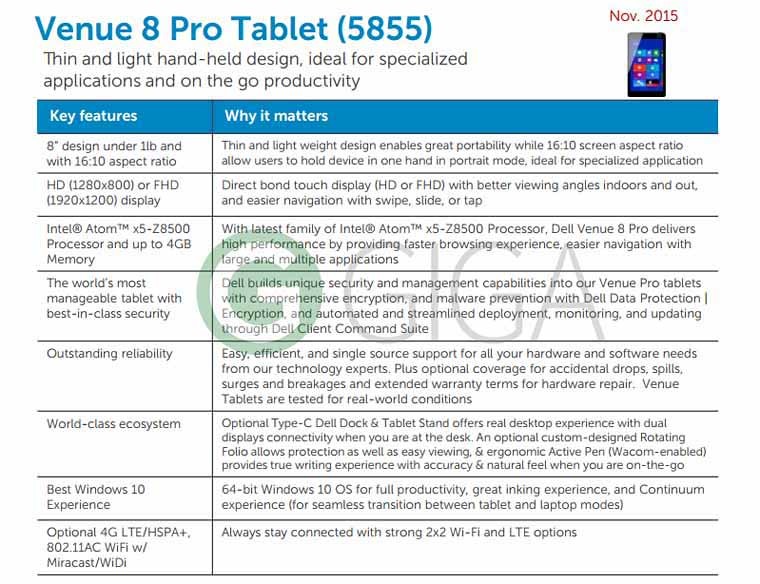 Dell will also offer an official docking solution that is detailed in the screenshots. According to the material, the dock will offer a “USB ype-C portwith dual display connectivity. This dock offering will be in stark contrast to previous models of the Venue 8 Pro. While an official date for the tablet has not been disclosed, November 2015 appears to be the timeframe for release of the new Venue Pro 8 tablets.