Dell's new XPS 13 2-in-1 isn't too different from its predecessor. In fact, the 2019 model was a big change. It added a 16:10 display, hinting at a greater redesign for the rest of the XPS lineup. It was also the first XPS 13 2-in-1 to use a proper Intel U-series processor instead of an anemic Y-series chip.

This year, we're getting Intel's 11th-generation processors. The CPUs are the second-generation 10nm chips from Intel, and they solve some issues with clock speed. The graphics are also much improved with new Iris Xe. They also come with things like Thunderbolt 4, faster memory, and more.

The XPS 13 2-in-1 also adds an IR camera above the screen, something that it removed with the previous generation. And finally, it now comes in the classic XPS look, with the carbon fiber palm rest.

Aside from the charger and the pen, also in the box is a USB Type-C to USB Type-A adapter. As with all modern XPS laptops, there are no USB Type-A ports on the device.

Dell sent me the platinum silver model with the black carbon fiber palm rest. I'm so used to seeing the white woven glass fiber palm rest, so while it feels like a change of pace, this is classic Dell XPS design right here. The sides are silver though, whereas in previous years, they would have been black. 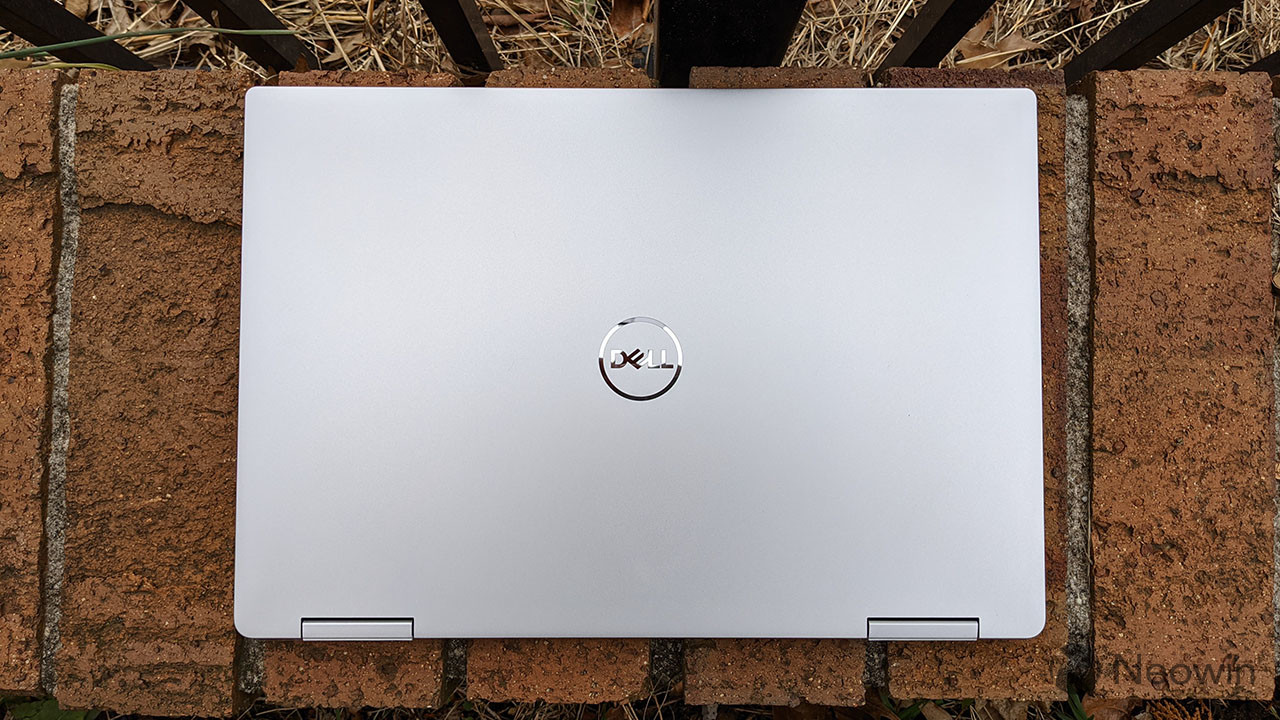 Other than that, the outside of the device looks pretty much the same as it has. The aluminum lid is stamped with a chrome-colored Dell logo, which is still the flashiest part of the exterior.

And as always, it's one of the most compact 13-inch laptops on the market. As Dell puts it, it's a 13-inch laptop in an 11-inch laptop's chassis, and ever since the bezels were chopped down even further last year, that seems more true now than ever. However, the compact footprint doesn't translate to the weight of the device, which is 2.9 pounds. For a premium 13-inch convertible, that's pretty average, although it's not unexpected given that it's made out of aluminum. 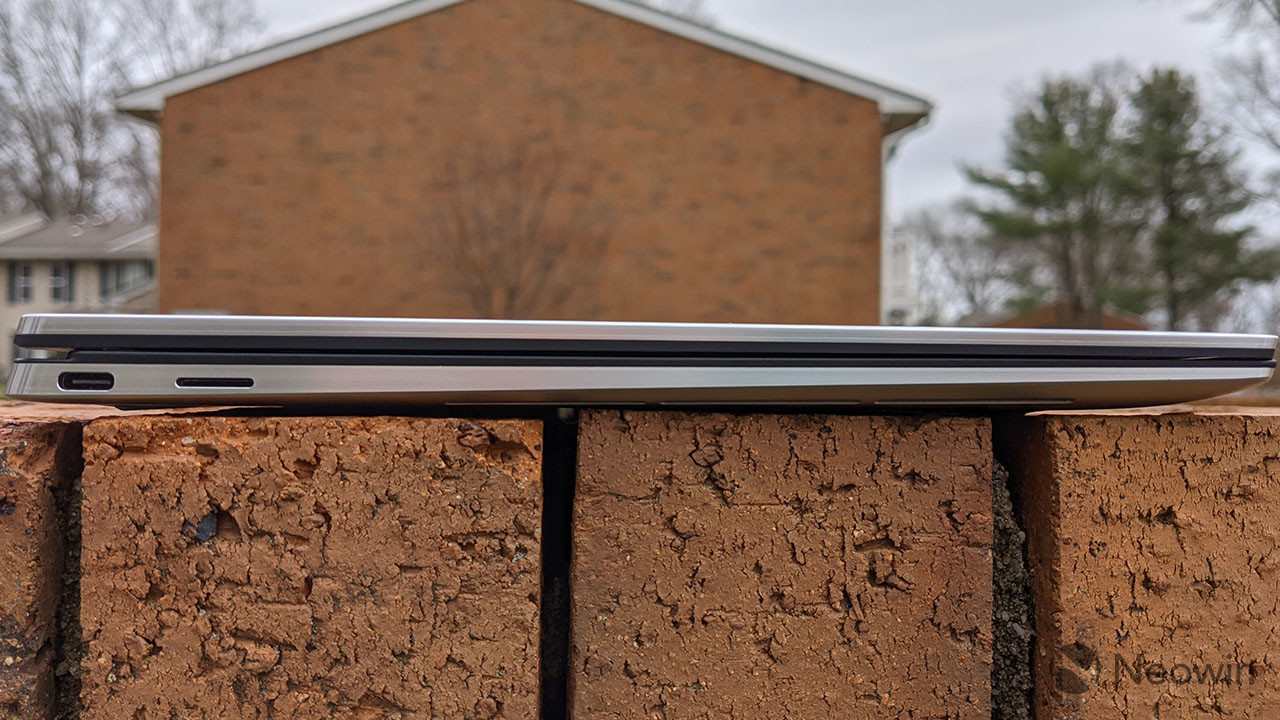 As far as ports go, the XPS 13 2-in-1 only comes with two Thunderbolt 4 ports, one on each side, along with a microSD slot on the left and a 3.5mm combo audio jack on the right. Gone are the old days of having a button with a battery indicator. I actually miss that feature, but I digress.

In this case, Thunderbolt 4 is a big deal, because it's an upgrade over last year's model. For some companies, it's not, and here's why. Thunderbolt 4 can handle data speeds of up to 40Gbps, power dual 4K displays off of a single port, and more. Technically, Thunderbolt 3 could do the same thing, but with the new generation, that's actually the minimum spec. Previously, the minimum spec was actually 20Gbps, and the ability to connect just one 4K display on a port. 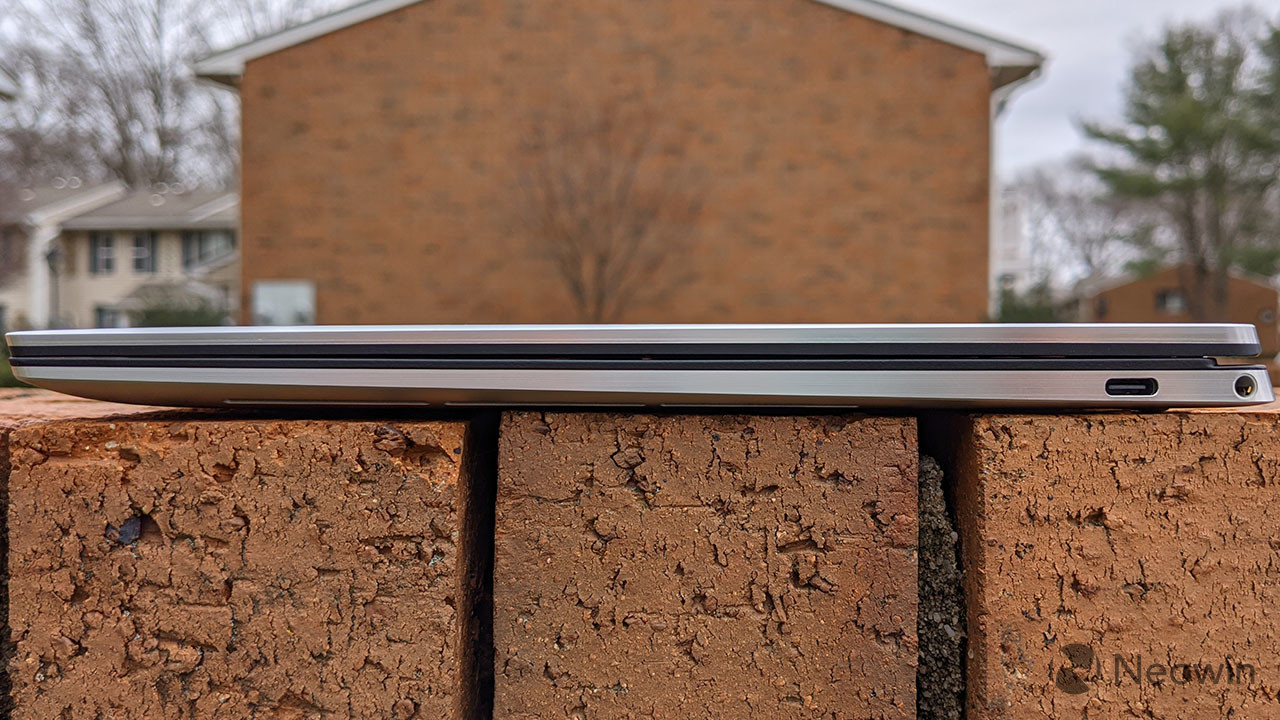 The big problem with Thunderbolt 3 was that there was virtually no way to know what you were buying. A Thunderbolt logo was all you'd see. Dell used the minimum spec on its XPS lineup, so in this case, Thunderbolt 4 is a big improvement.

I also absolutely love that Dell put Thunderbolt 4 ports on both sides of the laptop, something that's very rare in the Windows world and more common in the Chromebook world. When it comes to connecting things, whether it's a peripheral or just a charging cable, there's almost always a more convenient side to use, and if that side isn't the side that the port is on, it's a pain point. HP puts them both on the right side, Lenovo puts them both on the left, but Dell is doing both sides, and it's appreciated.

The Dell XPS 13 2-in-1 has a 13.4-inch 16:10 display. Your options for the resolution are FHD+ and UHD+, and Dell sent me the former. While I used to prefer UHD just for the extra pixels, I'm actually starting to prefer FHD on screens this small. You're really not missing out on anything, and you get much better battery life. 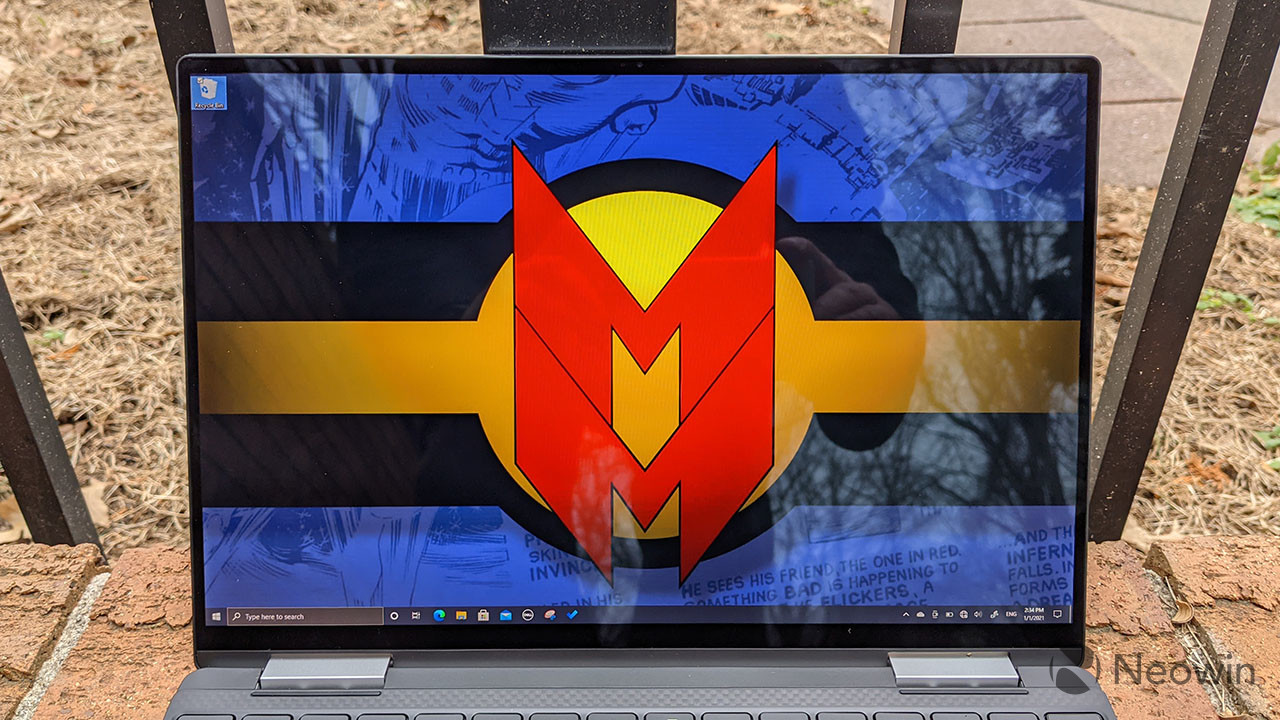 But also, Dell just makes awesome displays. No matter what resolution you get, you get 500-nit brightness, support for Dolby Vision HDR, and a 178-degree viewing angle. That means that no matter what angle you're looking at the screen from, there's no visible color distortion. It's excellent, and thanks to the 16:10 aspect ratio, it's a taller display. That also makes it more comfortable to use in tablet mode. 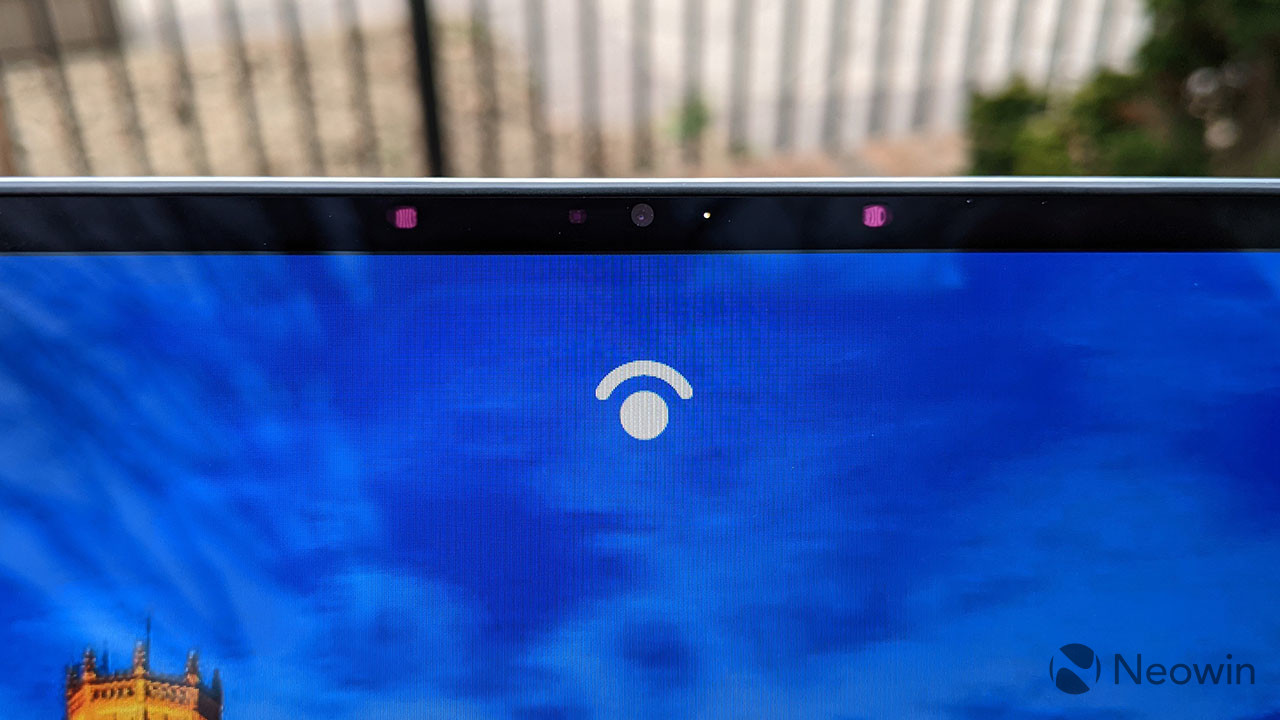 The bezels are as small as ever, and there's an IR camera next tot he webcam now. You might recall that Dell actually introduced an IR camera a few years ago. That was back when it had a 16:9 display with the webcam below the screen. Dell added the IR camera next to what was jokingly referred to as the "nostril cam" by some, but when the company shrunk down the webcam to fit in the top bezel the very next year, the IR camera didn't come along.

Now, we have the IR camera right on top, as it should be. And that bottom bezel where the webcam used to be is gone now, with that area being taken up by the larger display.

Dell has something called Dell Cinema, which is the combined audio, video, and streaming experience for media consumption. And it's a pretty great combination. For the screen, there's CinemaColor, using Dolby Vision HDR. You can also use the CinemaColor app to set it to different modes like movies, sports, evening, and animation. Personally, I find the evening mode to be much better than the night mode that's built into Windows 10. 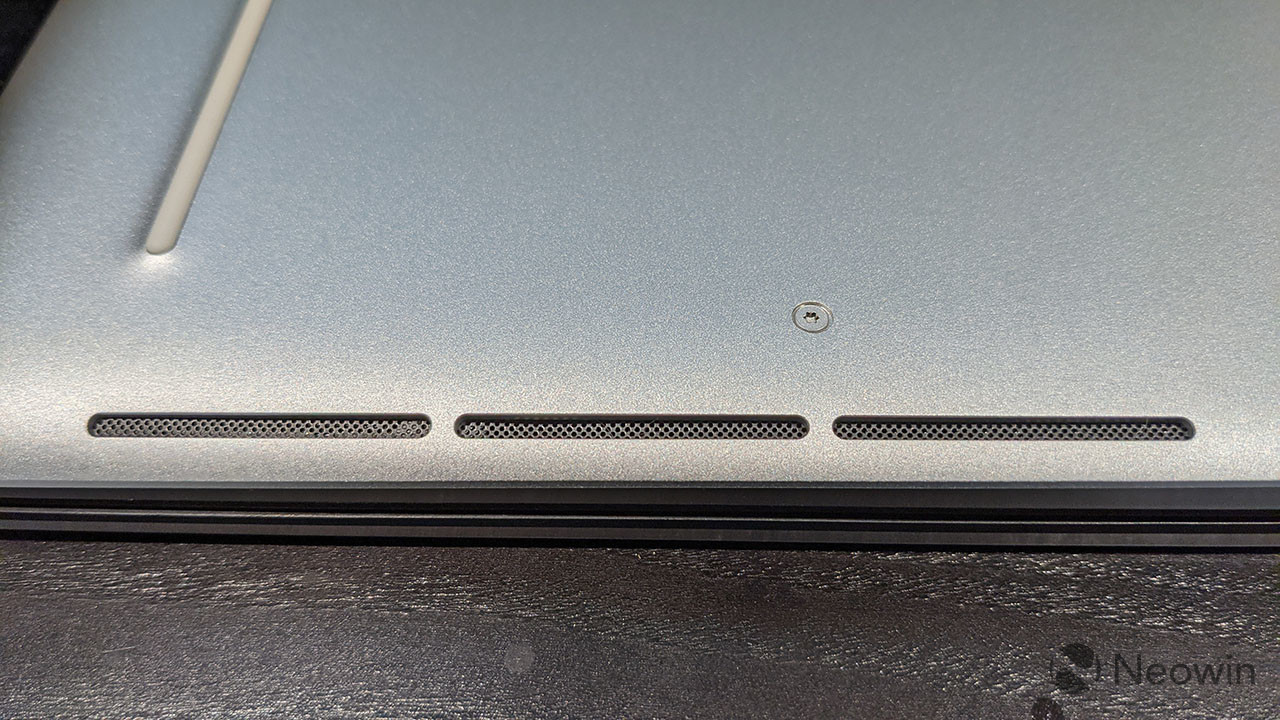 Then there's CinemaSound, which uses Waves MaxxAudio Pro. The two 2W speakers sound clear, as they always do from Dell's XPS laptops. And then there's CinemaStream, which prioritizes network traffic for the video that you're streaming. All-in-all, Dell has put together one of the best media consumption experiences around, mainly because they've focused on it so much. 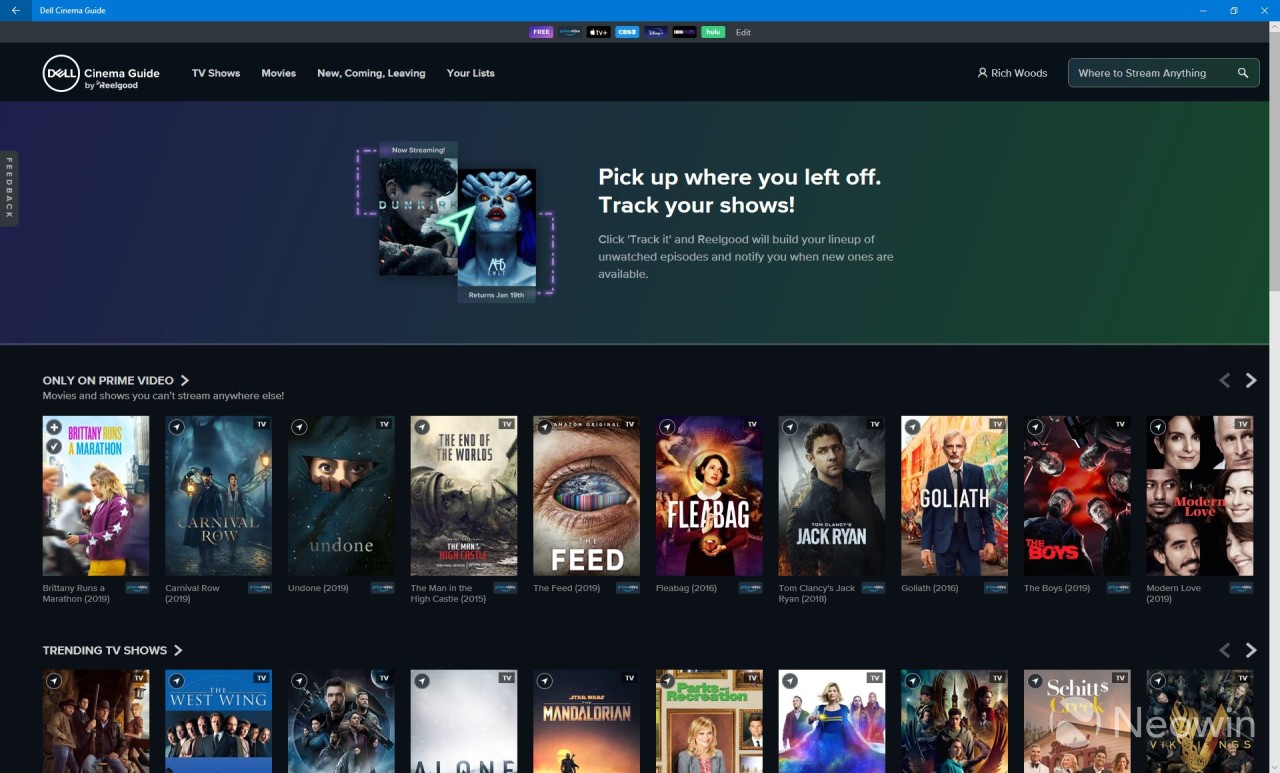 But also, there's a new Dell Cinema Guide app that was announced last year. It's like a hub for all of your streaming services, except for Netflix, since Netflix doesn't like to play well with others. In the Dell Cinema Guide app, you just have to add all of the services that you use, and it will populate. It's not actually playing the content in the app, so you don't have to sign into the services. You just pick them, and then browse. 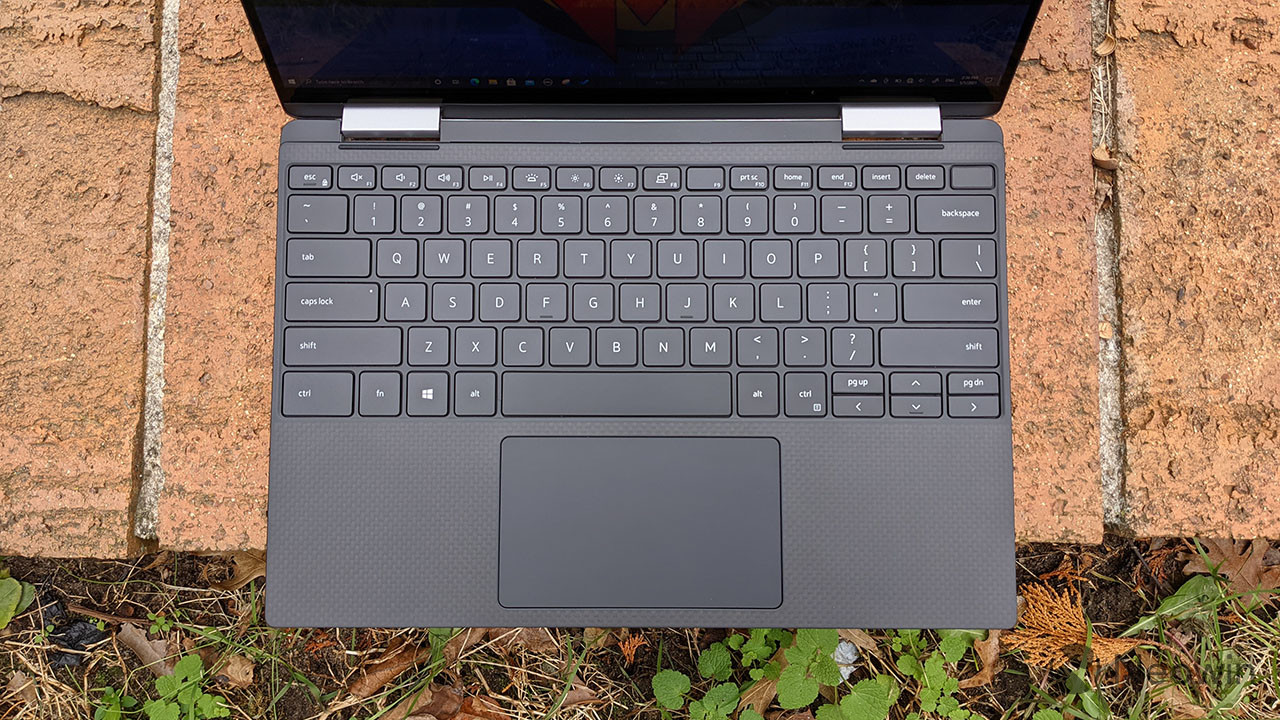 Honestly, this feels a lot more like the first generation to me, which I don't like as much. I really appreciated the improved keyboard last year, and maybe it's because I just reviewed the XPS 13 clamshell, but the keys feel more wobbly and less comfortable than I remember them being last year. It seems louder as well. 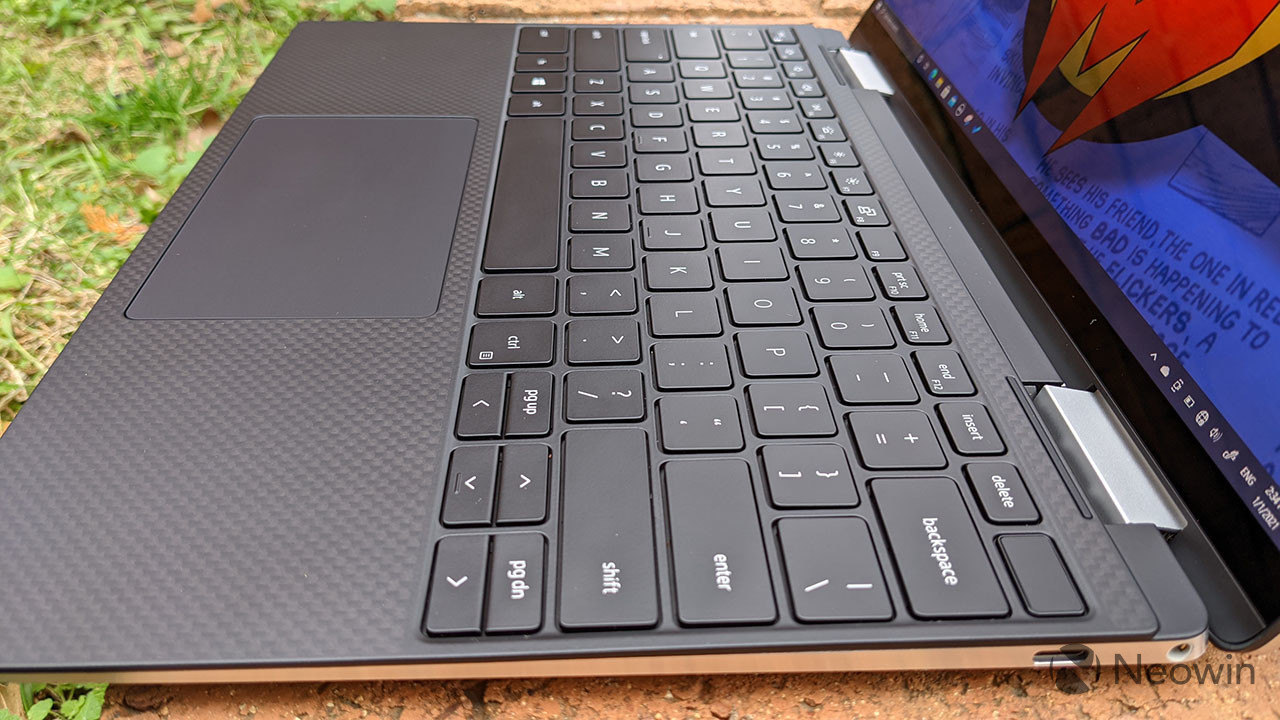 According to the specs, this should be the same keyboard as we got last year, with 0.7mm key travel. It's using magnets to balance the shallow depth with resistance, and it actually does a better job at that than you'd expect. The whole point is to create a keyboard that takes up less space in the chassis. I just don't really understand why Dell has to make such sacrifices and other companies don't; the same can be said for when Dell used to use Y-series processors in the XPS 13 2-in-1.

Still, when Dell introduced its redesigned XPS 13 clamshell at CES last year, I asked if it was making the switch to MagLev, because I thought last year's XPS 13 2-in-1 was that good, that it wasn't a compromise anymore. It struck me that Dell didn't think it was good enough to use in the clamshell, so I'd recommend testing out this keyboard before buying it. 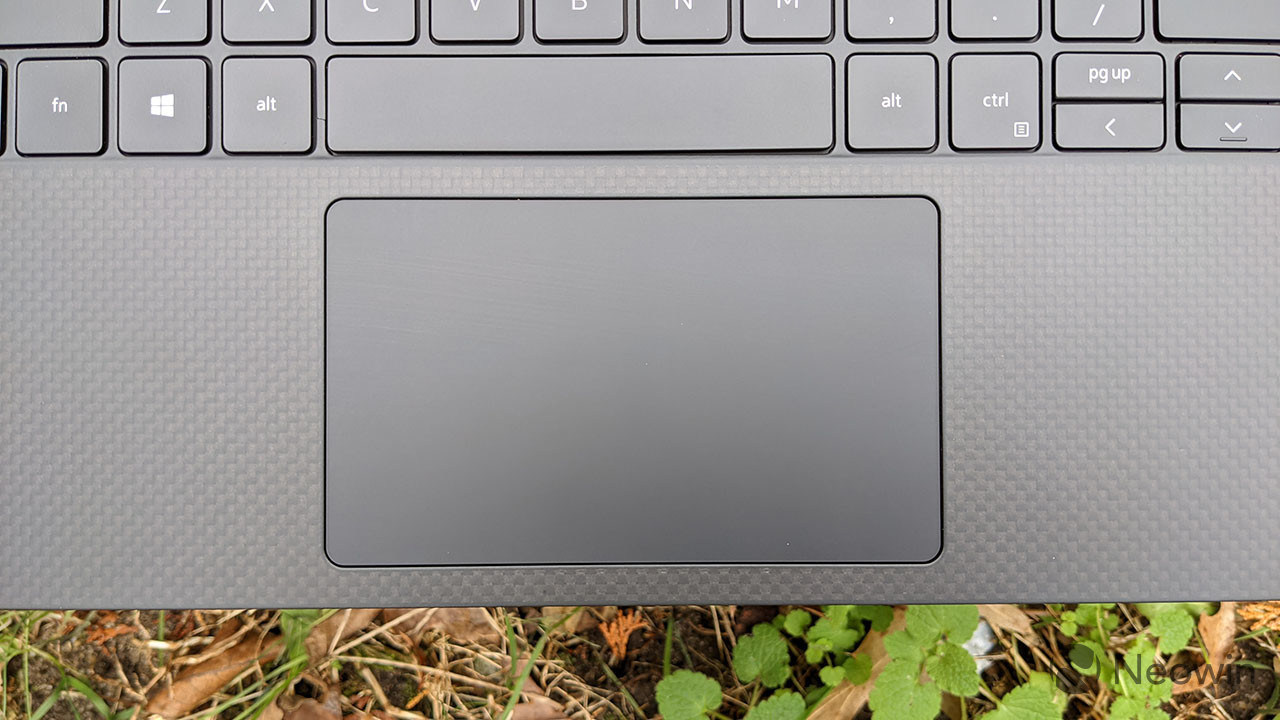 The Microsoft Precision touchpad is clickable, something that should probably go without saying, but when we start talking about saving space in the chassis, the mechanical touchpad can be one of the things on the chopping block. I appreciate that Dell has been making its touchpads bigger, taking advantage of the available real estate on the deck. In fact, for such a small footprint, you'd probably expect a much smaller touchpad.

This year's refresh was mostly about including Intel's new 11th-generation processors, which are codenamed Tiger Lake. The successor to Ice Lake, this is the second generation of Intel's long-delayed 10nm process, and there are some significant improvements.

One big change is that the CPU itself is just better. With the 10th generation, Intel actually had two mobile families: Ice Lake and Comet Lake. Comet Lake existed as yet another 14nm family, but it also offered a more powerful CPU because Intel had to lower clock speeds to get down to 10nm. That's been improved with Tiger Lake. 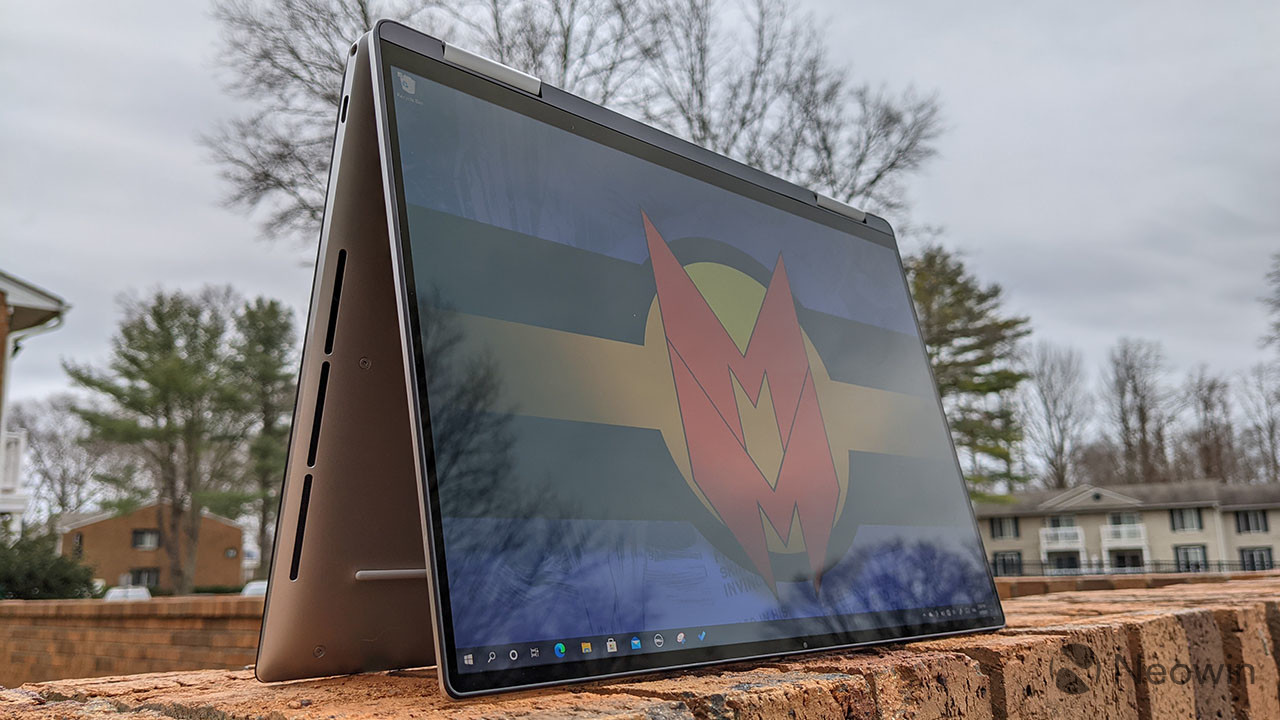 But once again, Intel is also focusing on integrated graphics with its new Iris Xe brand. It's pretty great, and you can do things with the XPS 13 2-in-1 that I'd have told you to get a dGPU for just a few years ago. It still feels like an impressive technical feat, seeing something this small and knowing that it actually has some graphics power.

You can actually do some Full HD gaming on the XPS 13 2-in-1, or you can do some video editing on it. Obviously, it's engineered for productivity and that should be your main use case, but there's a world of possibilities as Intel continues to focus on graphics power.

As always, Dell's XPS 13 2-in-1, just like the rest of the XPS lineup, is a winner. It's so compact and portable and it focuses on a range of use cases. My two biggest complaints are the MagLev keyboard, which you should really try before you buy, and that there's no 4G LTE option. And as I mentioned earlier, it's hard to cut Dell a break on the MagLev keyboard since no other OEM has to do it like that. 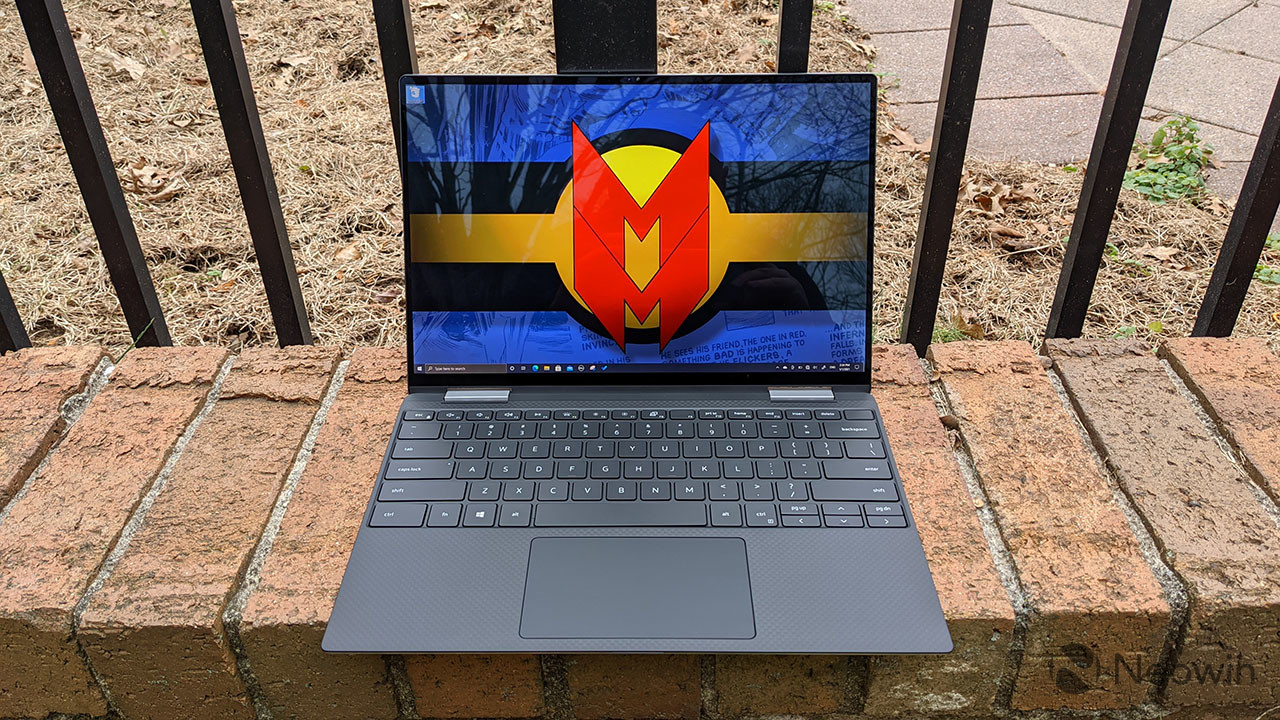 But like I said, this works for a broad array of use cases. Obviously, it's engineered for productivity as a main use case, but now one wants to use a device for just work. No, at the end of the day, you'll take it home and watch movies and such, or play games. And with Tiger Lake and Iris Xe performance, you can absolutely play games, or you can edit those family photos in Photoshop or Lightroom.

Since this is a convertible, it's even more versatile. You can fold the display back and use it as a tablet, using the pen to draw, mark up photos, draw routes on maps, and so on. You might be better off asking what the XPS 13 2-in-1 can't do rather than what it can.

And it's quite good at all of those things. Like I said, Dell XPS is always a winner, and you can never really go wrong with buying one. If you want to check out this model, you can find it here. 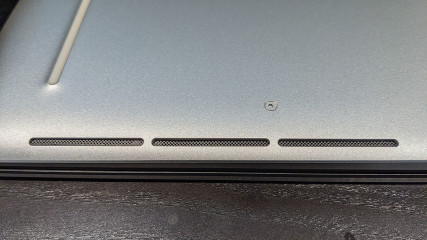 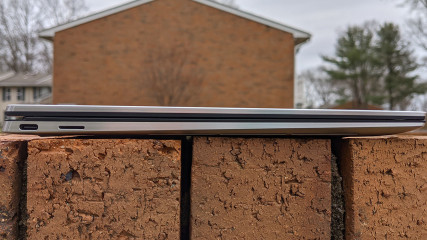 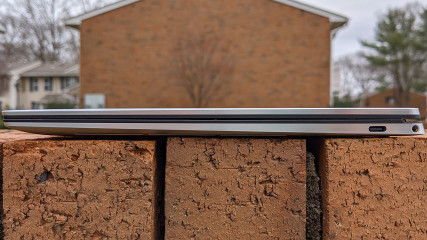 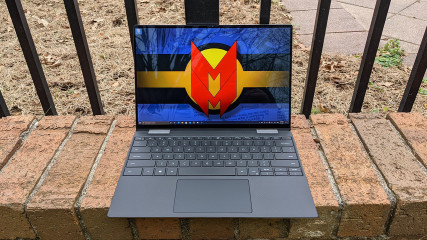 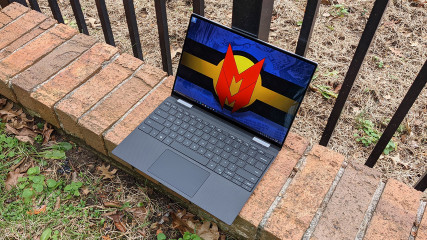 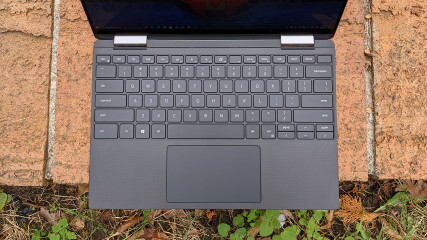 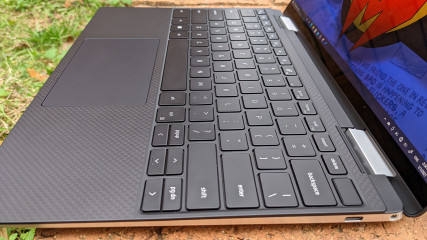 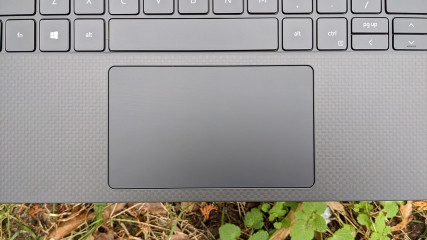 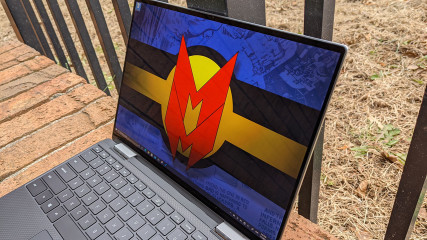 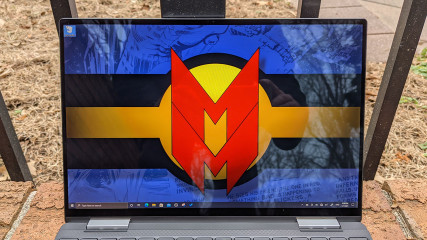 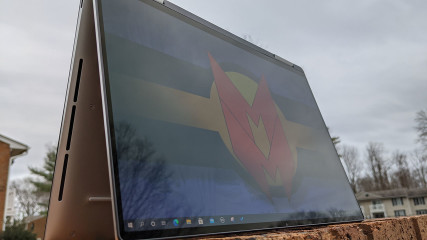 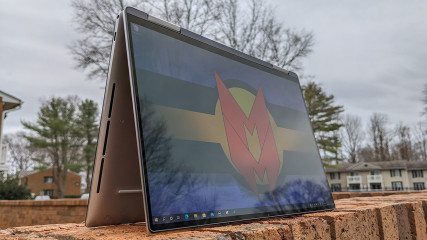 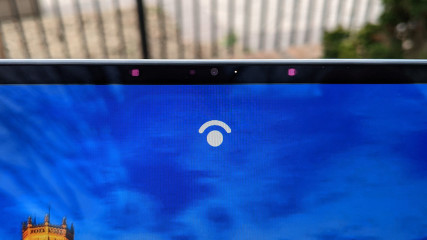 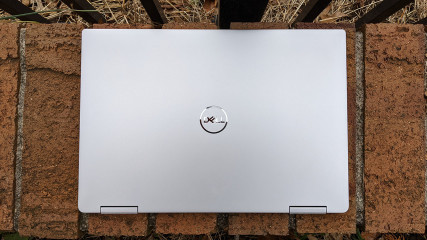