According to sources, Dell's highly anticipated 'XPS 15' refresh may be arriving on October 15th.. We first got a glance of the new XPS 15 back in early June, including its almost bezel-less 4K touch-enabled InfinityEdge display. The new details uncovered by users of the 'NoteBook Review' forums include specification comparison pages on the Dell website and the possible launch date.

The new XPS 15 follows its design cues from the XPS 13. It was made available earlier this year with a similar ~5mm bezel design. We gave a rave review of the machine, calling it "the sexiest ultrabook on the market". With the 15-inch version also set to include an NVIDIA GTX 960M to power its 3840x2160 resolution screen, it should be fairly exciting to see how the larger laptop performs. 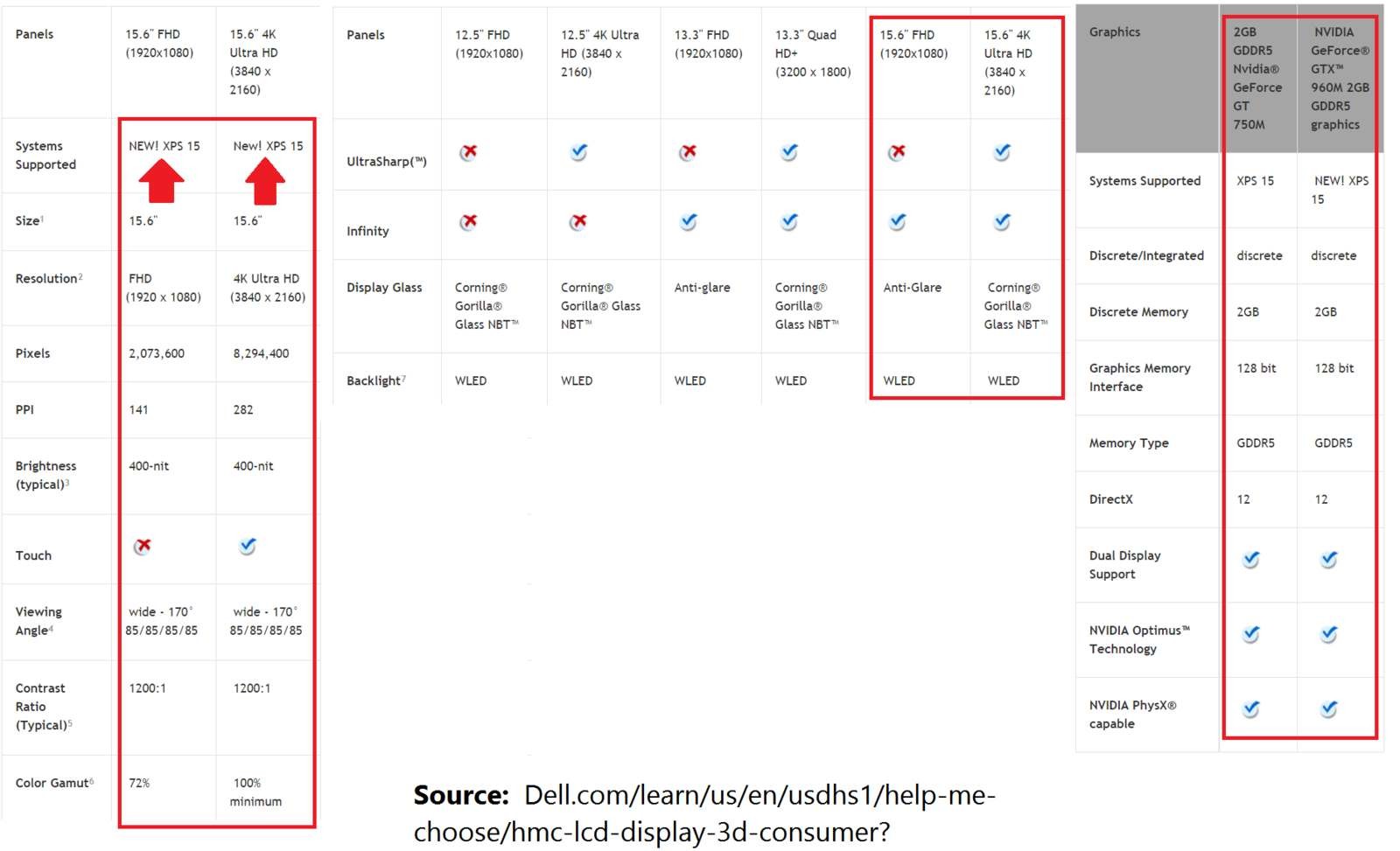 A screenshot from a user conversation with a Dell sales representative revealed the October 15 launch date, with the rep saying the current model was end-of-life For those not looking for the best, a lower specification option is also set to be available, including the new slim-bezel InfinityEdge display but without touch. It will come with a screen resolution of 1920x1080 powered by an NVIDIA GT 750M.