After NVIDIA made public a 3GB variant of its GTX 1060 card roughly three weeks ago, fresh details have leaked regarding another Pascal-based card which fill the tier below it. 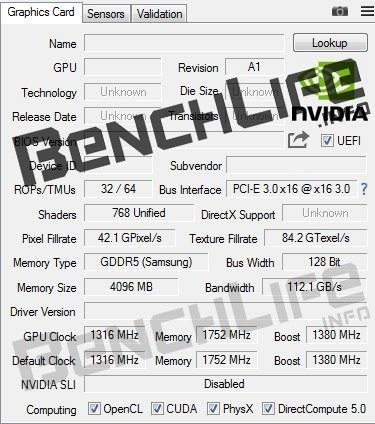 Given the exclusion of SLI from the GTX 1060 it would be expected that the GTX 1050 will follow suit. However, the GTX 1050 is expected to match the Thermal Design Power (TDP) of the Radeon RX 470 at 75W, low enough to avoid the need for additional power connectors. As such, the new base model Pascal card could be attractive to those with a focus upon low power rigs which pack more grunt compared to integrated GPU solutions.

Benchlife claims that the GTX 1050 will see a release sometime in mid-October with launch pricing expected to be around $150.