Sony's successor to their Tablet S has been rumoured for months now. Benchmarks have shown it runs on a Tegra 3, an FCC application revealed it has an aluminium back, but aside that not much was known. But today a whole internal presentation on the new Xperia Tablet has leaked, giving us a lot more information. 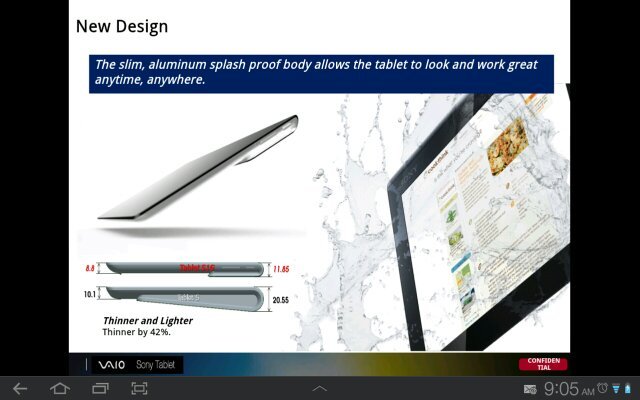 The new tablet falls under the Xperia brand. Since buying out Sony Ericsson it seems like Sony wants to group all their mobile products under the Xperia brand, and their slides reveal they want to work towards a much more uniform experience across all Xperia devices. The new Xperia Tablet still has the "folded magazine" look of the Tablet S, but is now much thinner and lighter, while retaining the same excellent display and battery. As expected it's powered by the tried and tested Tegra 3 quadcore.

The new design is also splash proof. When used in conjunction with a tablet stand Sony markets this as an excellent solution for use in the kitchen without having to worry about the tablet getting splashed with water, sauce and other things. 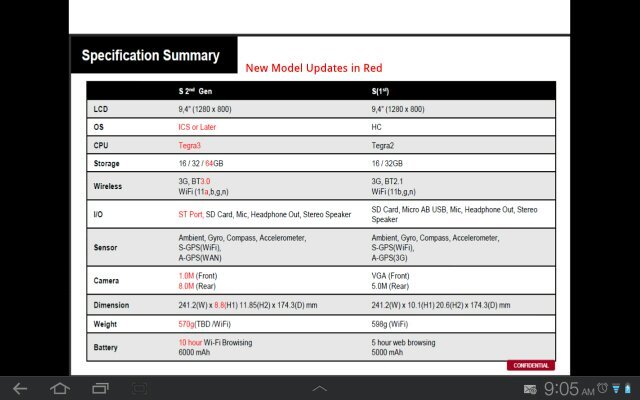 Sony seems to have come up with a keyboard cover idea around the same time as Microsoft, or they have some very fast copiers (which we doubt). In addition to the keyboard cover Sony designed a wealth of other accessories including a dock, multi-angle stand, cradle, connectivity cables, leather and fabric covers. 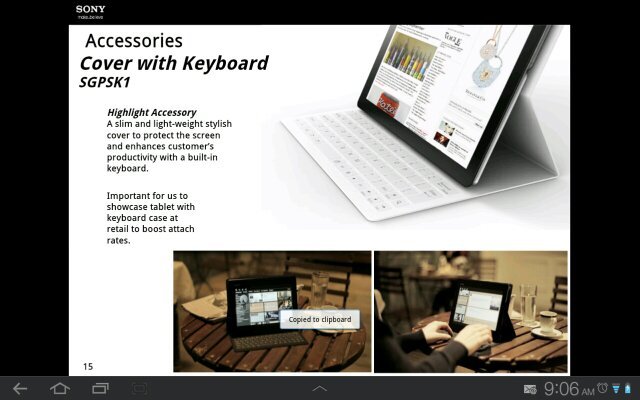 If the source is right the Xperia Tablet should appear on the US market in September running ICS or possibly even Jelly Bean out of the box. It will be available in 16GB, 32GB and 64GB editions (possibly all with 3G) and priced around $400, $500 and $600 respectively.

Via and images: XperiaBlog
Source: XDA-Developers forum (pages 2 and 3, mostly)