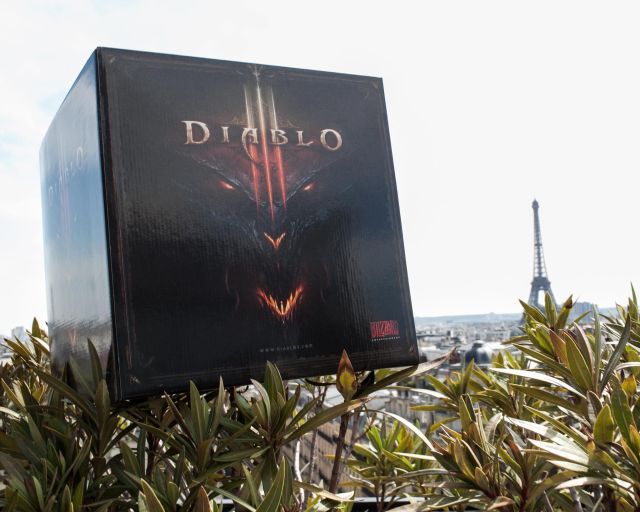 If you have pre-ordered the downloadable version of Diablo III and you happen to be at your PC where you will be playing the long awaited action-RPG sequel, you can now go ahead and install the game on your PC right now. As previously announced by Blizzard, the installer for the game has been unlocked, allowing players to go ahead and begin the process of putting the game on their PC head drive, along with the launch day 1.01 patch.

The game itself won't be available to play until Blizzard actually starts up the Battle.net servers for Diablo III. That will happen at 12:01 am PT on Tuesday, or 3:01 am ET, for people who live in the US, Canada, Latin America, Australia, New Zealand, and Southeast Asia.

The launch of Diablo III, after nearly four years of waiting by very patient Blizzard fans, is already setting sales records. Last week, a representative from Amazon.com sent NeoGamr a note, saying that Diablo III has become, "... the most pre-ordered PC game of all-time on Amazon.com – even exceeding pre-orders for Blizzard's own StarCraft II and World of Warcraft: Cataclysm." Exact sales figures were not mentioned.

Blizzard is holding a number of special launch events for Diablo III all over the world today and tonight. The major one will be held in Irving, California but events in parts of Europe are already underway. Blizzard posted an image of the Diablo III Collector's Edition in Paris, France on its Facebook page.