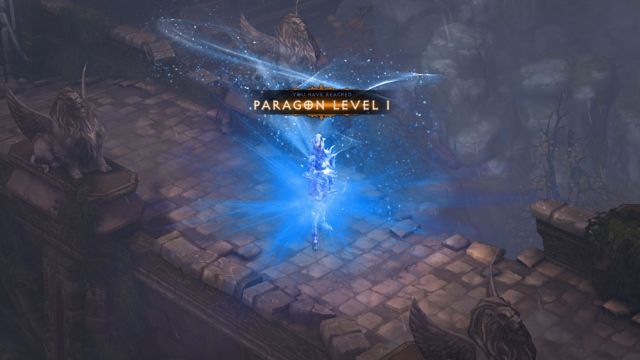 Blizzard released Diablo III in mid-May and since then the hardcore players have already maxed out their characters to the action-RPG's upper limit of 60. So what can keep these players from ditching Diablo III for some other game, such as perhaps Torchlight 2?

Today, in a post on the game's official website, Blizzard announced that the next free update for Diablo III, version 1.0.4, will introduce what they are calling the Paragon system. Simply put, players at level 60 can now buff up their characters even more.

Blizzard said that the Paragon system will have 100 extra levels for players to achieve. Getting to the first Paragon level will take about as long as it took most players to go up from level 59 to 60 and after that it will take a little bit longer to go up to each new Paragon level. Blizzard said that characters will receive "core stats such as Strength, Dexterity, Intelligence, and Vitality in amounts similar to what you’d gain from a normal level."

Blizzard will also increase the Magic Find and Gold Find for Diablo III characters by three percent each for each new Paragon level, with a cap of 300 percent. Blizzard said, "The idea is that if you’re currently swapping gear in and out for the Magic Find bonuses, you can continue to do so… but gain enough Paragon levels, and you won’t need to anymore."

There's no word yet on when the 1.0.4 patch will be released.