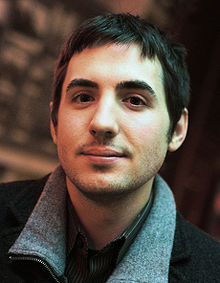 Kevin Rose, one of the most well known media figures of the internet, reportedly has a new gig. AllThingsD.com reports, via unnamed sources, that Rose has been hired by Google in some capacity. The report adds that Rose's first day on the job at Google will be on Monday. Neither Rose nor Google have yet confirmed this report.

This news comes hot on the heels of the announcement earlier this week that Oink, a review-oriented app from Rose's company Milk, was shutting down just a few months after it was launched. AllThingsD.com's report claims that while Rose and other members of Milk are being hired by Google, it is not actually acquiring the company outright.

Rose launched Digg in 2004 and it quickly became one of the most popular sites on the internet as its social news design allowed anyone to post news articles. Website articles which became popular on Digg got slammed by traffic from Digg's users. Ironically, Google tried to acquire Digg in 2008 but the deal eventually fell apart.

In 2010, Digg launched a major site redesign that was rejected by a large number of the site's users. Traffic and visitors to the site dropped and Digg found that its users migrated over to its main rival Reddit.  In 2011, Rose departed Digg to form Milk.