Harvard's Digital Public Library of America project just got some serious help from the National Endowment for the Humanities. Now, that probably doesn't mean much to non-Americans (or even most Americans), but trust us, it's a big deal.

So, what exactly is the National Public Library of America? Conceptually, it's a bit like Google Books, Project Gutenberg, or the Internet Archive, but on an even larger scale. The idea is that it will actually encompass and aggregate all of those resources, along with its own. Basically, it wants to be a public library for the modern world, a universal and freely accessible repository for all the knowledge in the world. Exactly how all of that will actually work is still open to interpretation.

It sounds a little bit like a utopian project that could never, ever possibly happen, but that isn't stopping them from pursuing it, which is something the folks at Harvard's Blackman Center for Internet & Society has been doing since 2010. And despite generating quite a bit of enthusiasm from people at Harvard and the public library community in general, it's also been scoffed at by others, who think the idea has too many holes to ever actually go anywhere. 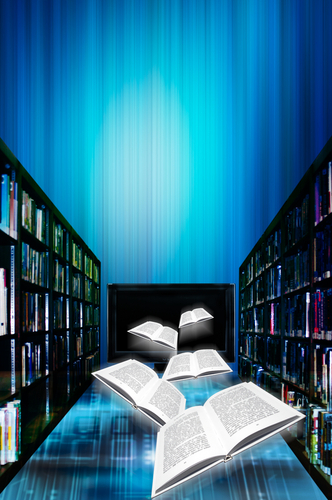 All of that may be about to change, though, thanks to a generous grant from the National Endowment for the Humanities. Alright, technically, at $1 million, it's more of a symbolic thing, when you consider the scale of the project, but getting a government grant will go a long way towards generating publicity and making the folks who have dismissed it take a second look.

The first step towards all of this is to set up a half dozen regional 'content hubs' as part of a pilot program. Eventually, Harvard Librarian Robert Darnton hopes they'll be able to "equip the smallest junior college in Alabama and the remotest high school in North Dakota with the greatest library the world has ever known." They'll also be providing an invaluable resource to researchers worldwide.

All in all, the Digital Public Library of America is part of a much wider effort to digitize the world's knowledge and make it easily accessible to everyone, which is really a realization of the first public library's dream. It also faces many of the same hurdles as its peers, especially regarding copyright. Still, with wide support from the community, enough funding, and with the common good on their side, it just might turn out to be the greatest thing that ever happened to education.