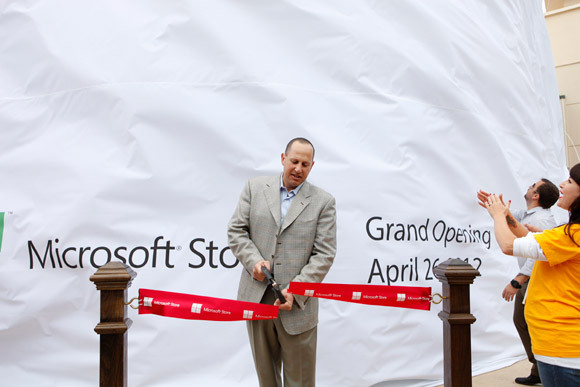 Microsoft has secured a deal for Digital River to help their manage the Microsoft Store website. In a filing today with the US Securities and Exchange Commission, Digital River revealed it has entered into a new agreement to " ... build, host and manage the Microsoft Store, an e-commerce store that supports the sale and fulfillment of Microsoft and third party software as well as consumer electronics products, to customers throughout the world."

Founded in 1994, Digital River handles the backend of a number of business websites along with downloadable game operations.

Additionally, Microsoft's retail store locations have expanded by two. The company announced that two more Microsoft Store locations, one in Palo Alto, California and the other in Austin, Texas, opened up for business last week. As we have reported before, that brings the number of Microsoft Store outlets up to 16.

Microsoft has announced plans to open five more stores and unofficial reports claim six others are in the works. However, it seems like the pace of store openings is not matching earlier plans for the company to open up many more stores over the next two years. Microsoft told us that the company is going to "adjust and adapt our strategy to open stores" but would not get into specifics.