The discussion NEVER ends. On forums, on Twitter, on Facebook -- even on blogs and in basements -- people always have an opinion, and this opinion supercedes the opinions of the dissenting party. What happens when one makes the switch? Is it the end of the world? Does their allegiance change faster than their underwear; does the world end; does anyone really care?

In 2008, I purchased a Macbook Pro. Back then, coming from a Windows and Linux background, OS X was probably the coolest operating system I'd ever used. The dock was foreign and magical, the Menu bar that never leaves and changes based on what window you have focused... whoa! Don't even get me started on Expose and Dashboard and all the pretty things -- it was like falling down a rabbit hole. 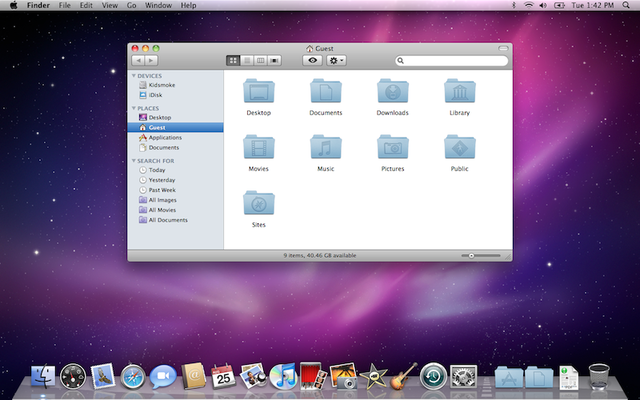 In January of 2010, things changed. I installed Windows 7.

If you've ever experienced heaven behind a keyboard (and no, not the same kind of heaven that a certain section of the web promotes), then you'll know what I'm talking about. Glass! Blue! Speed! Superbar? Yes please! Aero peek? OH MAN! 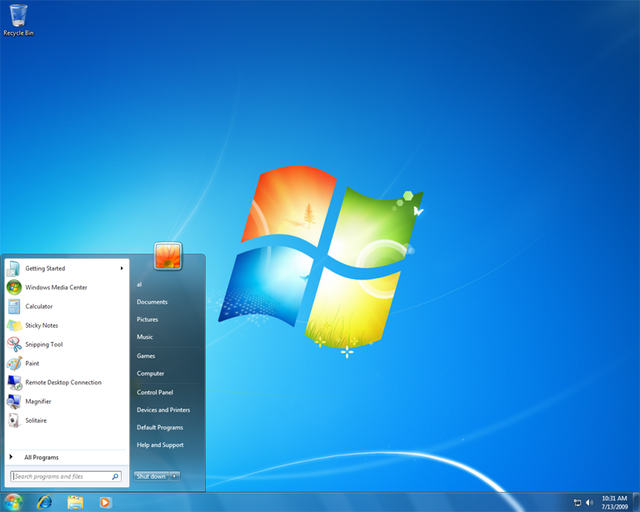 Windows on a Macbook Pro opened up a whole new world to me that I'd never even realized existed. Yes, Valve released Steam for Mac OS X but at the time, (and to an extent, still) titles ran terribly; TF2 and Half Life 2 were a chore, Grand Theft Auto 4 wasn't even an option and for a casual gamer like me, it wasn't worth the headache. With my Windows 7 install, all of these games opened my eyes to a past-time I'd mostly ignored. This was around the same time that I joined the staff team here, and playing with members and staff helped foster a sense of community and pride that there was a group of people that shared similar interests that I could just switch off when I was bored. Online communities are interesting, you develop real friendships and the like, and the connections can be quite real, but at the same time, things that bother you are only a mouse-click away from not existing.

You're probably wondering when a point to this editorial will arise, well, it's coming, don't you worry.

Windows 7 was an eye-opener. The glitz, the hype, the glam and the execution of OS X are all beautiful but it left me wanting more. Turns out I wanted to game, I wanted to be part of the community and I wanted to see what all the Windows hype was about. The operating system from Microsoft lived up to it's reputation, to it's hype. It really was "my idea," and Microsoft made it happen. The only niggle I had for the first 6 months of Windows 7 usage is that the Ctrl and CMD buttons are swapped for shortcut keys, in OS X it's CMD + Everything, in Windows it's Ctrl. Small difference... That and the lack of a button to right click. In Windows you need to right click, otherwise it's like living in a world with no thumbs. But I got the hang of it.

I'm impulsive. I'm all or nothing. Bootcamp? Ha! What's that? Yeah... I made a change again. I switched to Ubuntu. That lasted about a week. Turns out nobody makes iPhone jailbreak tools for Linux. When you trade your Desire for a locked iPhone 3GS (What! I missed Facebook chat), it's kind of a necessity.

So I threw on OS X. And I was blown away again.

My IRC client shows media INSIDE so I don't have to blindly click links, Expose organizes my windows so I can SEE where everything is, and I feel an entirely new sense of vigour and productivity.

But... But... How can this be? The rest of the internet has led you to believe that it's all or nothing, one VS all, the epic battle between good and evil.

In reality. It's an operating system. They all do the same thing, they can all accomplish the same tasks in various ways and to varying degrees, so really, it doesn't matter. Discuss, flame, argue, whatever to your hearts content, but in this day and age there are so many viable options for doing just about anything that it's all up to you.

One company's profits don't directly affect your life. Pick your side, pick both sides, pick no sides. Just be part of the community. Neowin is yours, Neowin is mine, Neowin is the web's. I need you, you need me and we all need the community.

Google recently celebrated their 10 year anniversary of AdWords and asked their partners to express what AdWords meant to them. We followed in a similar vein and got some great insight into what Neowin means to you.

We love you too! We ain't the biggest, but we're the best, most enthusiastic and fun community around. You guys own.

This season, do yourself a favour. Find out how the other side lives, this way you'll have a window into the mind of your peers and you'll know just why they're so passionate about the tech that they love and enjoy. As for me? I'm probably buying a WP7 phone next, and I KNOW I'll own an iPhone 5 -- and right now, my copy of Windows 7 is sitting pretty on the shelf until I get the next urge to meet up with my secret mistress from Microsoft. I get flamed in the comments, just like all of our writers, about fanboyism, picking sides and being unreasonable. But to be honest, we're just like you. We all have our preferences and we do our best to make sure that everything is clear, fun and informative for you, the reader. I love tech, doesn't matter from who, or from where, just tech. And you should too.

So lay down your weapons, gather around the tree... And in the words of one of our wise writers: All anybody needs is Kinect, eggnog and their friends.