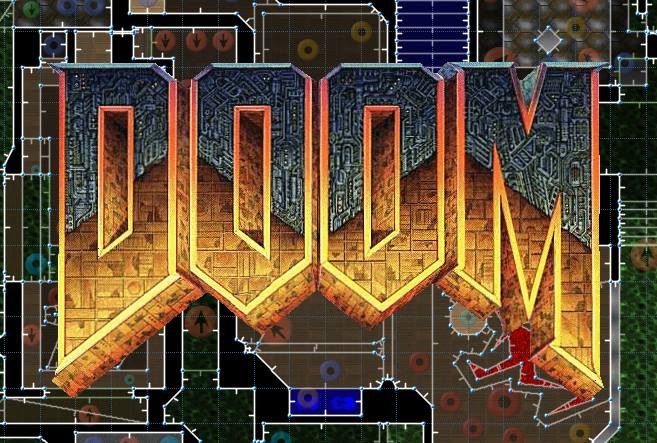 It's hard to believe that Doom made its debut a little over 22 years ago on DOS. While the original creators have left the franchise and moved on to other things, co-creator John Romero decided to set the Internet ablaze and induce a bit of nostalgia this week by dropping a new level for the classic title.

Although fans have carried the torch by releasing custom-made levels for the past 22 years, Romero's contribution will undoubtedly be received a bit differently compared to the standard "fan-made" submission. After nearly two decades, it's understandable if you don't have a copy of Doom installed, but Romero has built his level utilizing only the shareware components, making it possible for anyone to download the shareware (free) version and play his creation. If interested, be sure to grab the file from the Dropbox download link and then swap the file in the shareware version for Romero's version.

As mentioned previously, those that originally worked on the series have long since departed, but Bethesda has picked up the franchise and is set to release a reboot in spring of 2016.