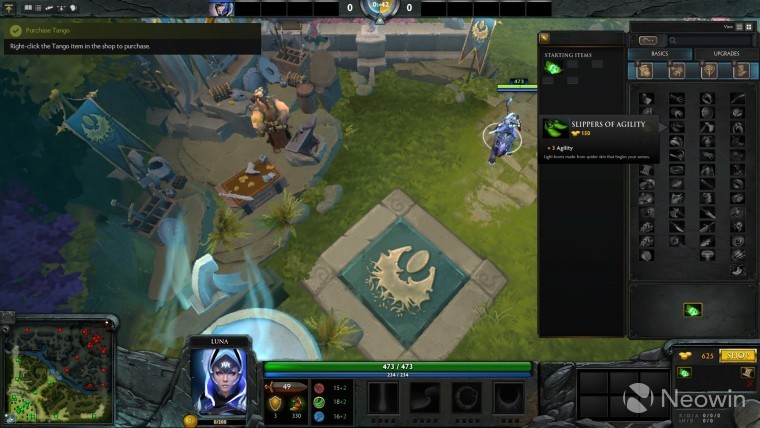 A steam employee has announced that the popular Steam game, DOTA 2, will receive an update next week which will enable Vulkan support in the game. With this confirmation, DOTA 2 becomes one of the first games to implement the Vulkan API which saw its initial release on February 16.

Recent SteamDB changes mention 'Dota 2 Vulkan Win64' and 'Dota 2 Vulkan Linux64' which suggests the Windows and Linux versions of the game will implement the Vulkan API, however there is no mention of OS X, this is due to the fact that Vulkan is not yet supported on iOS or OS X, as Apple is pushing its own Metal API.

The Vulkan API is managed by the Khronos Group, it was released to compete with DirectX 12 which works better over multiple cores than DirectX 11 or OpenGL 4.x ever did. Vulkan is better suited to run across many hardware configurations including mobile, console and PC graphics, suggesting that we could see many gamesuse the API in the future.