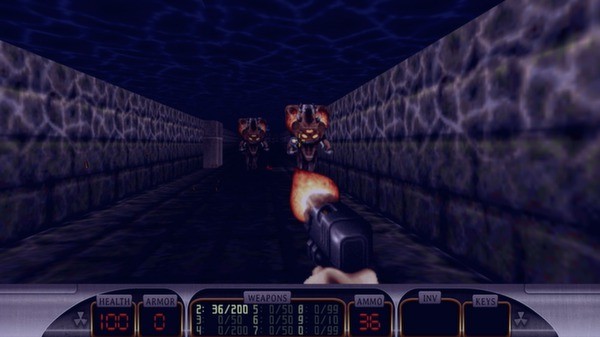 Duke Nukem 3D is still fun to play, even with its 2D graphics and its somewhat dated gameplay. Today, the 1996 first person shooter from 3D Realms is finally available on Valve's Steam service for PC and Mac in a new Megaton Edition with lots of content and a few new features.

The Megaton Edition, which was ported to Steam by General Arcade and published by Devolver Digital, includes the original single player campaign, plus three expansion packs that were not made by 3D Realms (Duke Caribbean: Life's a Beach, Duke It Out in D.C and Duke: Nuclear Winter). You can play all these games under newly revamped OpenGL graphics or you can play the original Duke Nukem 3D with its original graphical looks.