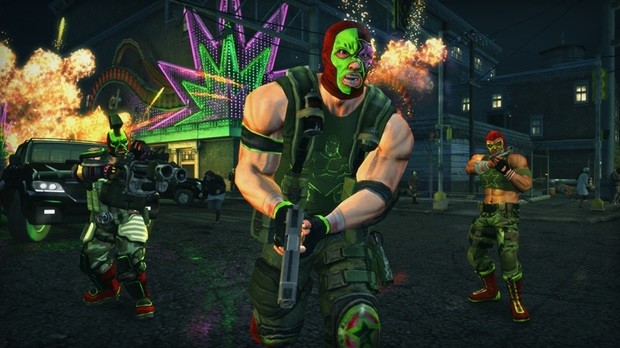 Xbox 360 owners with Xbox Live Gold subscriptions will be able to download a fantasy themed side-scroller and an over-the-top open world action game next month at no cost as part of Microsoft's Games with Gold program.

Xbox Wire reports that from May 1-16, Xbox 360 owners with Xbox Live Gold can download "Dust: An Elysian Tale" for free. Released in 2012 from developer Humble Hearts, the single-player game features 2D hand-painted animation. The player takes on the character of Dust as he fights his way through the fantasy land against tons of enemies armed with the ancient Blade of Ahrah. The game normally costs $14.99.

From May 16th-31, Xbox 360 gamers can download "Saints Row: The Third" for free. Developed by Volition and originally published in 2011 by the now-defunct THQ, this installment in the open-world action series has the player controlling the leader of the Third Street Saints gang. The game's storyline is about the gang's attempt to keep a rival group, the Syndicate, from taking over the city of Steelport. The Saints Row franchise is now owned by Deep Silver and is known for its exaggerated action gameplay and humor. "Saints Row: The Third" normally costs $19.99 to download.

Xbox One owners are still waiting for Microsoft to fulfill its earlier promise and launch its own free Games for Gold program for its console.