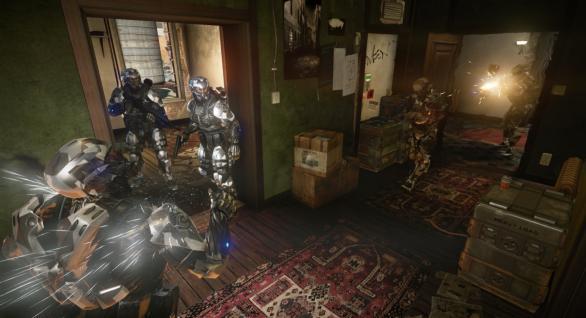 A day after the PC version of Crysis 2 was pulled from sale from Valve's popular Steam download site, the sci-fi first person shooter's publisher Electronic Arts is now speaking out. In a statement to GameFront, EA stated that they had nothing to do with Crysis 2 being removed from sale from Steam, saying that the reason had to do with a conflict between a new set of business rules on Steam and another unnamed download site that has an agreement with the game's developer Crytek.

The statement itself says, "Steam has imposed a set of business terms for developers hoping to sell content on that service – many of which are not imposed by other online game services. Unfortunately, Crytek has an agreement with another download service which violates the new rules from Steam and resulted in its expulsion of Crysis 2 from Steam." The statement does not go into exactly what new business rules Valve has put into place nor how these new rules conflict with the agreement Crytek has made with the unnamed download site. We have emailed Valve to see if we can find out more info on this situation.

EA's statement does say that Crysis 2 continues to be sold on other download sites including EA's own Origin service. However the statement doesn't say what future patch support it will give for gamers who have already purchased Crysis 2 via Steam. Indeed today happens to be the day that EA has released the Decimation Map Pack for the game which adds five new multiplayer maps and two new weapons to Crysis 2 for $9.99. PC gamers are also still waiting for Crytek to release a promised patch for Crysis 2 that will enable DirectX 11 graphics features in the game.