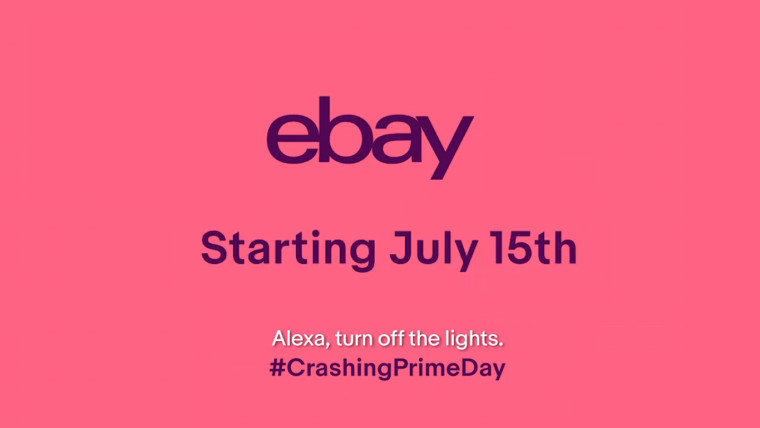 Earlier today, American e-commerce platform eBay posted an ad for its upcoming Crash Sale all over social media, including the firm's Instagram, Facebook, Twitter and YouTube pages. Titled "Honest Alexa", the promotional video takes a direct hit at the firm's main competitor. It features a young girl who appears to be in her early teens named Alexa - pun intended - who taunts the "parade of deals" offered by Amazon in its yearly Prime Day sale while conversing with her father.

Each year Amazon holds a special event where thousands of products are sold at reduced prices. Unfortunately, the deals are only available to Prime members. This is one of the topics that the minute-long advertisement takes a jab at, with the statement "real parades don't charge a membership fee".

In the ad, little Alexa states that Amazon only offers a "bunch of random stuff nobody really wants" on Prime Day sales, speculating that the idea behind the sale is to free up storage space instead of offering actual deals which are to the customers' liking. Upon her father's astonishment as to how Alexa knew all this, she noted, "I'm always listening", referring to reports regarding Amazon listening to customers' conversations with the assistant.

However, perhaps the boldest and most direct blow dealt by eBay is when the video explains why the upcoming sale is called "Crash Sale". For those wondering, Amazon's website crashed during last year's Prime Day. Despite this mishap, the company still managed to sell more than 100 million products, making Prime Day 2018 Amazon's biggest sales day ever.

This year's Prime Day will be held on July 15 and 16, and it will be the longest one to date. Going head to head with Amazon, eBay's Crash Sale is also scheduled for July 15 - just in case Amazon crashes again.