In an announcement that surprised absolutely nobody, Apple officially announced both the iPhone 5c and the flagship iPhone 5s today. The announcements were pretty underwhelming, leading to one video saying the S stands for "same," as in it's the same phone. Even Microsoft and Nokia were poking fun at Apple's new lineup via Twitter today. 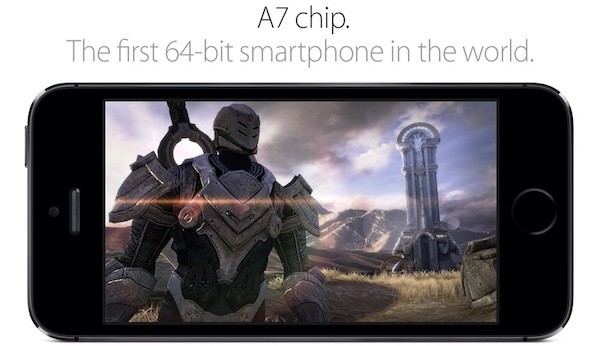 One piece of "exciting" news that I've seen circulating the Internet is the fact that the new A7 processor in the iPhone 5s is built on a 64-bit architecture. Apple did a great job of mixing the performance improvements of the A7 with the fact that it's a 64-bit processor, so much so that many people are saying that the wider bus is a great improvement. It stands to reason that since the 64-bit architecture is twice as high as the 32-bit architecture, it just must be a much better thing to have. Heck, read many of the articles about the new iPhone and you'll see people publishing pieces touting how great this new "desktop architecture" is in the new iPhone.

The problem is that most people don't understand how underlying computer architecture actually works, and are therefore simply excited when they see bigger numbers. The main advantage for a 64-bit architecture is completely tied to memory addressing, specifically around the fact that it can address more than four gigabytes of memory. If you ever tried to put four gigs of RAM in a 32-bit Windows XP machine, you would have seen that you could only see roughly 3.5 gigs. But the iPhone doesn't have more than four gigabytes of RAM, so why do we need this?

Common misconception on memory vs. storage

Apple has also done a great job confusing people on the differences between on-phone storage and system memory. Many iPhone (and we suspect Android and Windows Phone) users think that when they purchase a 32GB phone, that it has 32 gigabytes of memory and are surprised to learn that the iPhone 5 only had 1GB of system RAM. I haven't seen anything to indicate that number is going to increase with the 5s, and it will be at least a couple of years before we get close to 4GB.

In fact, if everything else was equal, a 32-bit application may actually run slower on a 64-bit processor because the operating system has to run the application through an emulation layer. The higher clock speed of the A7 will probably more than make up for the very slight reduction in performance, but it's still something to keep in mind. 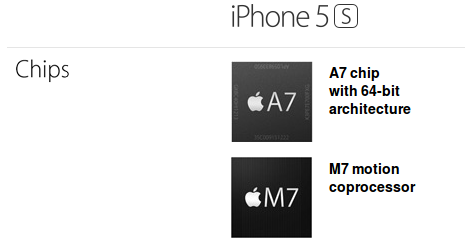 We're also curious to see what will happen to Apple's app store. Android has long been criticized for market fragmentation - different devices, different screens, different operating systems. How will Apple handle developers who create 64-bit applications? Will they be forced to compile for both 32-bit and 64-bit, and the phone itself will decide which version of the app to download? We're sure Apple has some plan to make this transparent to users, but it will be interesting to see it in action.

The new phone is definitely another incremental upgrade in the line of iPhone devices, but the marketing buzz around the 64-bit architecture is nothing more than hype. Be a smart consumer and decide which phone you want based on facts, not fiction.