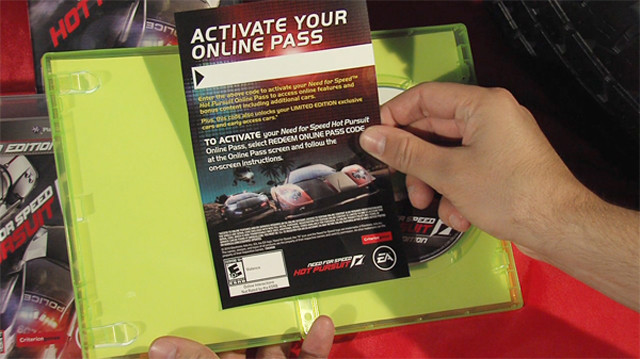 Electronic Arts recently abandoned its online pass requirement for multiplayer gaming on current-generation consoles, leading some to speculate that the company asked Microsoft for Xbox One's digital rights management technology. According to an EA executive, however, that isn't the case.

Peter Moore, chief operating officer of EA, told Polygon that the speculation is "completely false," noting that the company's decision to abandon online passes had nothing to do with the upcoming console generation.

As the guy who is the chief operating officer of Electronic Arts I can tell you that EA did not aggressively lobby for the platform holders to put some gating function in there to allow or disallow used games. I am on record as being a proponent of used games. I like the ecosystem. I like the fact that it's kept pricing at a good level for eight years. I like the fact that someone can buy a physical game and see some equity in that game. That keeps GameStop vibrant and they are a great launch and marketing partner for us.

EA has never had a conversation, and I have been present at all of them, with all of the manufacturers, saying you must put a system in place that allows us to take a piece of the action or even stop it. Absolutely incorrect.

Microsoft's Xbox One console restricts the sale of used games to approved stores, though third-party publishers can opt out of the program or can set set up their own "transfer fees" with stores. Additionally, games can only be given to someone on a user's Xbox Live friends list for at least 30 days, and the transfer can only be made once per game license; how Microsoft plans to handle game rentals has yet to be addressed.

When EA canceled the online pass requirement, it retroactively made all games that previously used the feature available free of charge. The requirement was originally implemented as a way for EA to make money on the sale of used games; users who purchased a game second-hand could still play the single-player modes, but multiplayer options required them to buy online passes.