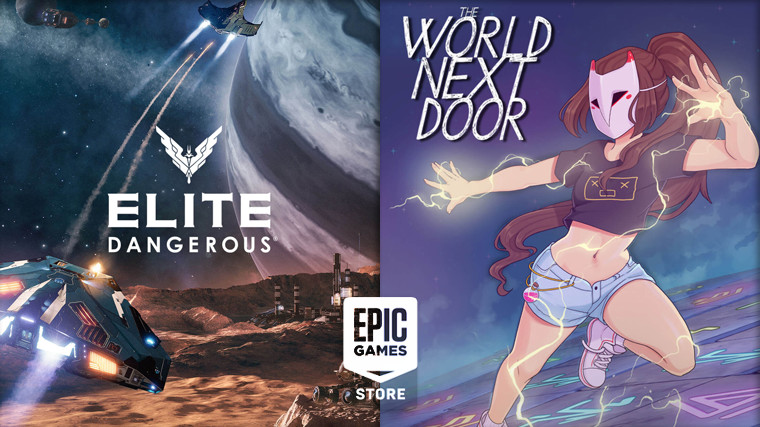 Epic Games Store has put on offer Elite Dangerous and The World Next Door to claim and keep for free this week, taking the place of The Textorcist.

Elite Dangerous is a massively multiplayer space simulation game developed by Frontier Developments, featuring an open-world representation of the Milky Way galaxy. It’s the fourth title in the Elite series. Here’s how the Epic Games Store describes it:

Take control of your own starship in a cutthroat galaxy. Elite Dangerous is the definitive massively multiplayer space epic, bringing gaming’s original open world adventure to the modern generation with an evolving narrative and the entirety of the Milky Way.

The World Next Door is a visual novel and puzzle game with a story featuring a teenager who is trapped in a parallel universe and must escape it before her time runs out. Here’s how the Epic Games Store describes the title:

A mix of lightning-fast puzzle battles, powerful storytelling, and immersive visual novel elements, The World Next Door follows Jun, a rebellious teen trapped in a parallel realm inhabited by magical creatures, who must find her way home before time runs out.

Epic Games Store is offering The World Next Door for Windows and macOS and Elite Dangerous for Windows. Here are the minimum requirements:

If you wish to claim The World Next Door or Elite Dangerous, you can find them here. They will be free to claim until November 26, which is when Epic will put on offer MudRunner for its next giveaway.