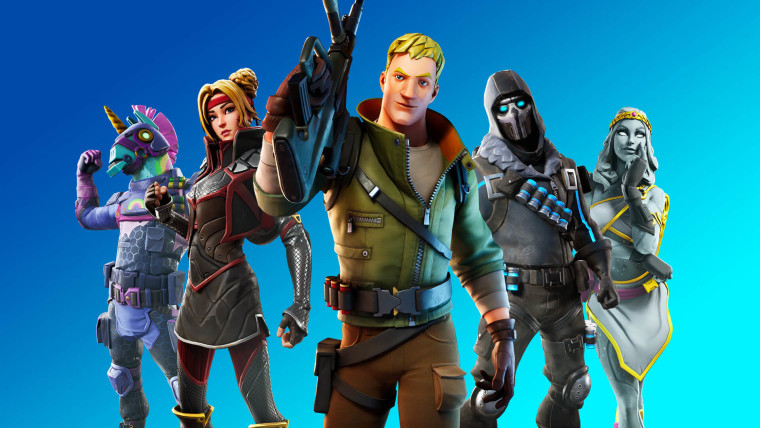 Almost 1.5 years after originally releasing Fortnite for Android, Epic Games has gone ahead and finally made the game available for download on the Google Play Store. So far, one had to sideload Fortnite on their Android device from the Epic Games' website. However, the company has now realized that Google puts all third-party apps and games outside of the Google Play Store at a disadvantage which has forced it to make Fortnite available for download on the store.

Epic Games is referring to the security pop-ups that Google shows when one sideloads an app from outside of the Play Store. The company does this to discourage users from not installing apps from unverified sources for their own safety. In its statement, it also highlights how Google is now actively blocking the ability to sideload apps from outside of Google Play Store using Google Play Protect.

After 18 months of operating Fortnite on Android outside of the Google Play Store, we’ve come to a basic realization:

Google puts software downloadable outside of Google Play at a disadvantage, through technical and business measures such as scary, repetitive security pop-ups for downloaded and updated software, restrictive manufacturer and carrier agreements and dealings, Google public relations characterizing third party software sources as malware, and new efforts such as Google Play Protect to outright block software obtained outside the Google Play store.

Because of this, we’ve launched Fortnite for Android on the Google Play Store. We’ll continue to operate the Epic Games App and Fortnite outside of Google Play, too.

Despite Fortnite now available on the Play Store, Epic Games will continue to operate the Epic Games app and the game itself outside of the store as well.

In late 2019, Epic Games had submitted Fortnite for listing on the Play Store and requested a special exception from the standard 30% cut that Google takes for all IAPs. However, Google rejected the listing and the request stating that it uses the 30% cut to develop the platform and tools which in turn further helps developers.

Now that Fortnite is available on the Play Store, Epic Games will have to give a 30% cut of the total revenue generated from the games IAPs to Google. However, the game will now also reach a wider audience which should help with an increase in overall revenue.