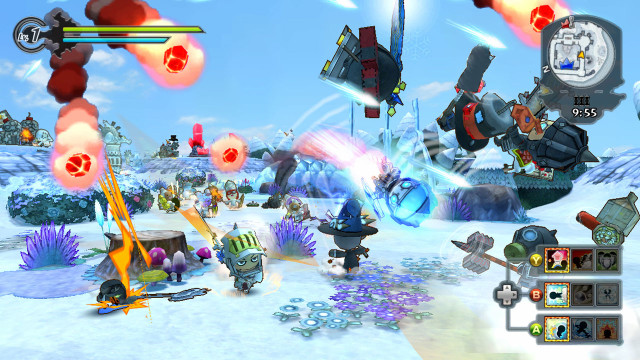 So far, only one free-to-play Xbox 360 game, "Happy Wars," has been released

Microsoft's next Xbox game console, along with Sony's PlayStation 4, will be embracing the free-to-play business model for games much more than the current generation consoles have done so far. That's the word from Epic Games Vice President Mark Rein in a panel held today at the UK's Game Horizon conference.

Joystiq reports that Rein said,"The next-gen consoles are going to be fully embracing the free-to-play and these IAP-type business models. So in case you don't know that I'm putting that out there. Sony and Microsoft are both going heavily in that area."

Free-to-play games have been popular for some time for both the PC and smartphones. Current generation consoles have been slower to release games that can be downloaded and played for free but also offer extra content that can be paid by microtransactions. The Xbox 360 only has one such game available for download right now, "Happy Wars," and a second game, "Ascend: New Gods," is in development. Sony and developer CCP Games will officially launch the free-to-play sci-fi shooter "Dust 514" later in May for the PS3.

Microsoft might reveal more about their free-to-play plans for the next Xbox when it makes its official announcement on May 21, followed by even more information at E3 2013 in June.