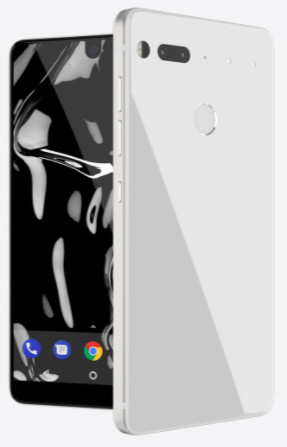 Essential has finally debuted the Pure White model of its PH-1, giving those who are interested in the smartphone, another option.

The PH-1 made its debut after a long delay and hasn't quite managed to capture the attention of the general public, moving only a reported 5,000 units by late September. The company recently held a Reddit AMA and answered a variety of questions about the future of the phone and some of the issues and improvements that were coming.

While the handset is pretty good overall, offering the latest from Qualcomm with its Snapdragon 835 processor, there are still little issues here and there, like its noted problem with input lag and jittery scrolling. The team at Essential is aware of this problem and should have an over-the-air (OTA) update to fix it in the coming weeks. In order to bring a bit more functionality to the handset, the team also plans to include fingerprint gestures in the same update.

With the recent release of Android 8.0 Oreo, the firm is testing the OS, with plans to roll out a beta in the next few weeks. If interested in the Pure White model of the PH-1, you can now head to the Essential website or purchase it at a participating retailer.