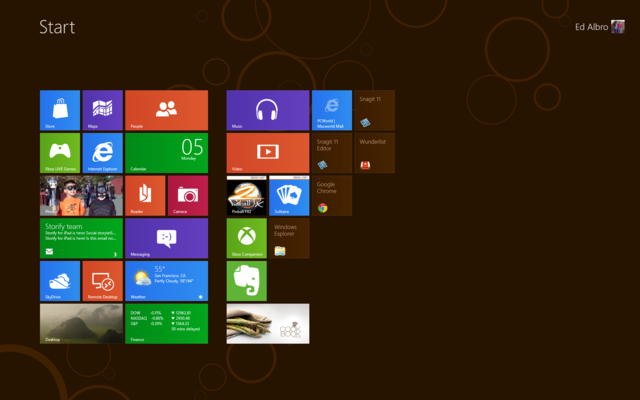 Windows 8 has probably been the most controversial version of the Microsoft operating system in the company's history; our own Brad Sams took a shot at reviewing the hybrid desktop/tablet OS.

Official apps on Windows 8 are going to become a big thing, due to the company including a Windows App Store. The app store is constantly expanding, including some of the more popular mobile games out there, such as Cut the Rope. Yet one massive presence has been missing - Facebook.

It seems that Facebook might not be coming to Windows 8 as an official app, with Facebook releasing a statement to go to Microsoft ("We only build the iOS and Android FB apps. You should check in with Microsoft on anything related to Windows 8").

The secrecy makes it very hard to gauge whether there's a real Facebook app, for both companies already have a rather cosy relationship. Microsoft owns 1.7% of the Palo Alto-based social network, and in turn, that same social network bought $550,000,000's worth of patents from Microsoft. That's just over half an Instagram, folks!

For something that could appeal to a lot of Facebook users it is strange that there's so much silence. Surely one of the two companies would be working on something? Neither company can really say they lack the cash to work on the idea.