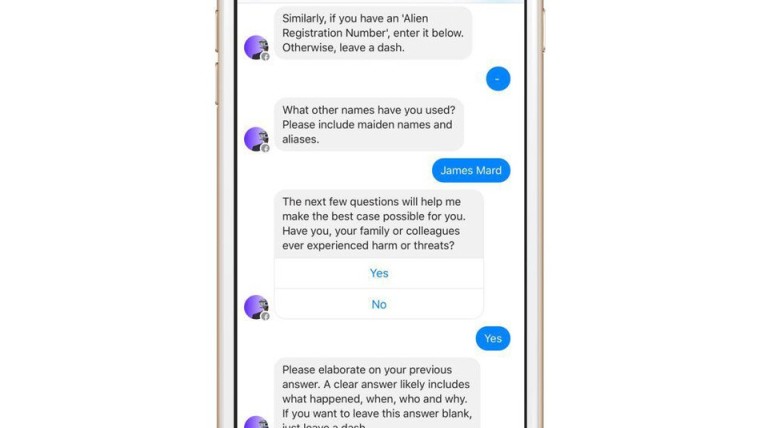 A chatbot which helped people to appeal parking fines is now providing refugees in the US, Canada and the UK with free legal aid.

The chatbot, created by 20-year-old Stanford student Joshua Browder, is called DoNotPay, and was originally used to help people in London and New York with legal matters such as appealing parking tickets and receiving compensation for late flights. After the success of the app, lawyers and non-profit organisations approached Browder with the idea of extending the technology to help refugees seek asylum.

DoNotPay asks users questions in plain English to assess their eligibility for asylum. The chatbot can also record a user's details, provides instructions on how to submit applications, and has the ability to automatically fill in immigration applications for the relevant country. In a statement to Mashable, Browder stated his hope that DoNotPay will "allow anyone to have a right to safety, regardless of the ability to afford a lawyer."

DoNotPay uses Facebook Messenger, which does not use automatic end-to-end encryption. Browder stated that he chose to use the the messaging platform as it was "the most accessible platform and the most appropriate to launch with". Browder also states that data from any interaction with the chatbot is deleted from his servers after ten minutes, and it is also possible to erase the data from Facebook Messenger.

DoNotPay can be reached through a search on Facebook, and represents the many possible uses of chatbots, which have also been used in the food service industry.