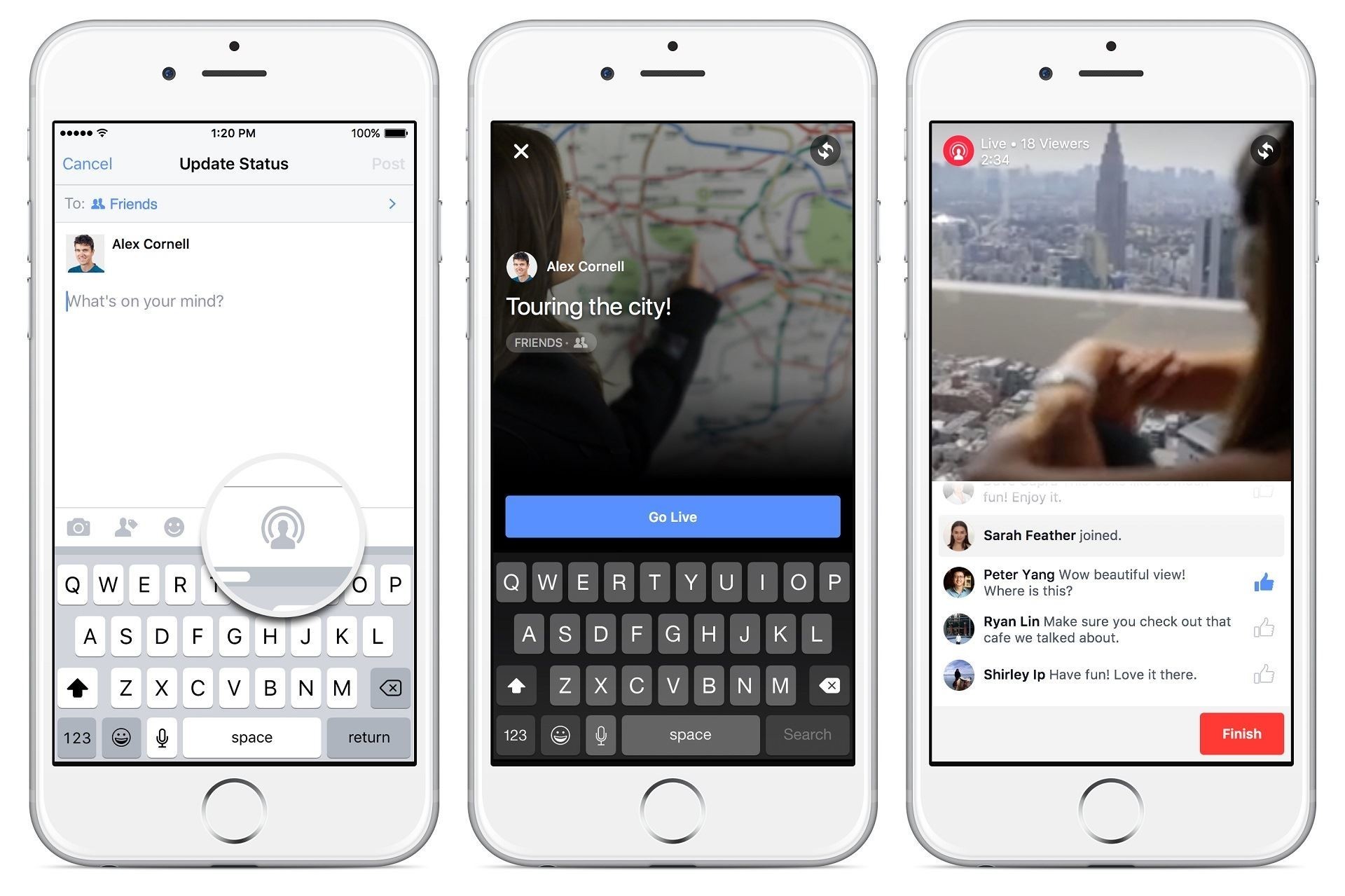 Testing for live video streaming on Facebook may have only started last month, but it is now available for all iPhone users in the U.S. Luckily, those in the other parts of the world won't have to wait long, as Facebook has committed to enabling the feature globally over the next several weeks. Android users will have to wait just a while longer, as Facebook hasn't offered an exact time frame but said that live video should arrive "soon".

Unlike its established competitor Periscope, live videos on Facebook are stored forever unless the streamer chooses to remove the video. In contrast, Periscope only allows video playback for 24 hours after the stream has finished, at which point it disappears.

To share video, users only have to update their status and touch the 'Live Video' icon. They can be shared with only selected friends or to the public. Once streaming starts, a live feed of comments, who is watching, and the number of viewers will be displayed alongside the video. Finally, after the live video stream has concluded, it will be saved to the users Timeline in the same way as any other video.

Facebook users are able to subscribe to their friends, public figures, and verified pages, and can be notified the next time a live stream occurs. The expansion of live streaming arrives just days after Facebook announced it is introducing its expanded 'Like' button options, or 'Reactions', to the U.S. within a few weeks. Reactions adds five additional instant response options to the current 'Like' button.