Facebook's role in bringing about change to the political landscape around the world was highlighted during the Arab Spring protests across the Middle East in 2011. In the U.S., the social media platform is also about to formally become a civic engagement tool.

Facebook will launch a new feature on Monday designed to help users call on elected officials to take action on political issues by creating a petition and soliciting support from other users. The Community Actions feature is rolling out in the U.S. initially, though it remains to be seen whether it will arrive in other countries as well.

Petitioners can start their campaign by adding a description and tagging the political figures concerned. People will be able to throw in their lot with the petition by tapping the "Support" button and the relevant government agencies and officials will also receive notifications regarding the campaign. Supporters can comment on the petition via a discussion section and even launch their own campaign including fundraising activities or events in support of the matter at hand. While the number of supporters will be visible, you can only see your friends' name or public figures in a petition. 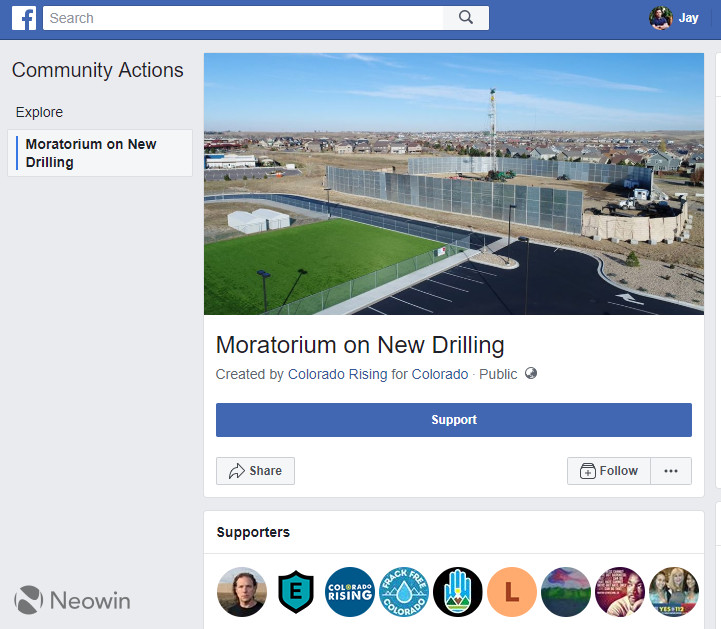 The Menlo Park-based giant acknowledges that the feature could be prone to abuse, so it's limiting Community Actions to a narrow scope of petitions where government actions are required. Facebook won't also let users tag the U.S. President, for example, in a petition and only local representatives can be called into action. Government officials will know if a petitioner has a stake in a particular campaign with a "constituent" badge.

The feature isn't without its share of challenges. For example, certain radical groups may try to use tricks in order to falsely blow up their number of supporters. To prevent this, Facebook will also use a mix of user reports, algorithms, and human oversight to prevent petitions it might deem inappropriate. Initial tests of the feature didn't encounter major problems, according to the company, but whether it's a practical tool for raising political requests remains to be seen.

Update: Facebook has told Neowin that the feature won't be available to all U.S. users today, but promises to expand its availability in the country as it continues to test and monitor for abuses that violate the platform's community standards. Community Actions have been tested in select markets over the past several weeks.