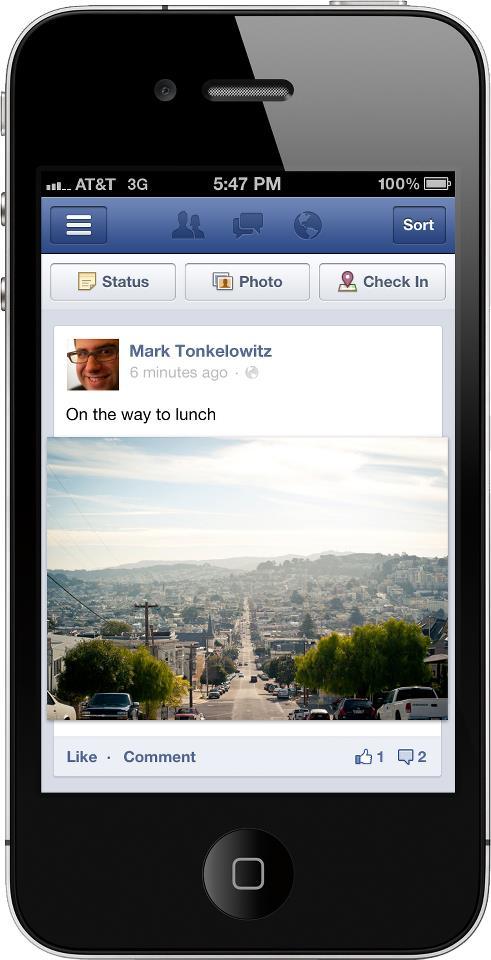 If you have ever used the Facebook apps for iOS and Android, or signed onto the mobile Facebook website, you know that viewing pictures on those devices can be, well, hard on the eyes at first when you see them in the news feed. Now Facebook has just announced that an update to the iOS and Android news has enabled some larger picture.

According to Facebook, "Now photos are up to 3x larger, and all posts will fill your mobile screen from edge to edge." You can see an example of that new design in the image above. In addition to the changes, the new design can also be seen for mobile browsers when they connect to the m.facebook.com webpage.

Facebook is making these changes on the eve of their planned public stock offering. So far, everything seems to suggest that the Facebook IPO will still launch on Friday, although there have been some Internet reports that the launch date could be delayed. The company has been taken to task by some financial analysts who believe Facebook has not done enough to monetize its mobile side, which is taking up more and more of its traffic.